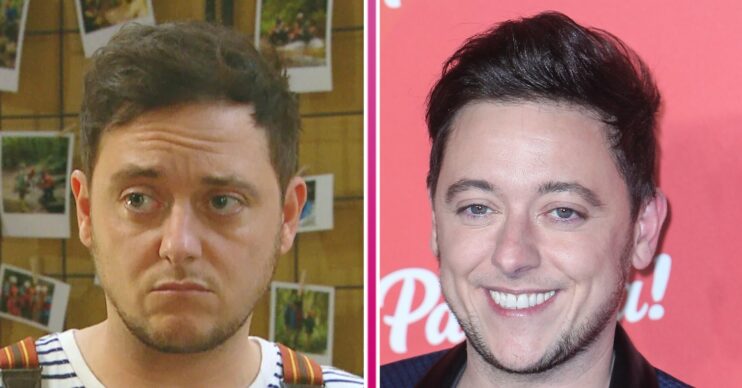 Who plays Matty Barton in Emmerdale? Does Ash Palmisciano have a girlfriend?

Matty Barton has been a part of Emmerdale since 2009.

He finally got to gether with girlfriend Amy Wyatt in the ITV soap in January 2021, but what about in real life?

He is soaps’ first transgender characters, but who plays Matty Barton? Has he been in anything else? And does he have a girlfriend?

Who is Matty in Emmerdale?

Matty was born into a female’s body. When he was born, he was named Hannah.

Hannah moved to the village in 2009 with her parents, brother Adam and sister Holly.

In 2012, Hannah moved to London for a fresh start in London.

Between 2012 and 2018, Hannah realised they were transgender and began his transition.

In June 2018 Matty snuck into Butler’s farm in order to retrieve his birth certificate. But he was caught by Cain Dingle who mistook him as an intruder.

However when Moira walked in, she immediately recognised her child. At first, Moira struggled to accept Matty, but eventually she did accept him.

In April 2019, viewers saw Matty have his top surgery. This surgery is to reshape the chest and remove breast tissue.

What’s going on with Matty at the moment?

Matty is having a tough time after finding out Suzy was involved in his sister Holly’s death.

Holly took a drug overdose in 2016 and died.

It has subsequently been revealed Suzy gave her the money to purchase the drugs. Suzy had been expecting her to buy cocaine, not the heroin Holly ended up getting and also claims she had no idea Holly was an addict.

But Matty, who is struggling with not being there for his sister can’t forgive Suzy.

Despite Moira urging her son to let it go, Matty won’t.

He sees an opportunity for revenge tonight and breaks into Take A Vow.

He finds a huge holdall of cocaine and has no idea it’s actually Leyla storing it for her drug dealer.

Stealing it, tomorrow (Thursday August 4) he will plant it in Suzy’s car and calls the police. But he has no idea he has put Leyla’s life in danger…

Between 2009 and 2012 Matty, who was known as Hannah back then, was played by Grace Cassidy.

Now Matty is played by actor Ash Palmisciano, who is a transgender man.

Last year, the actor gave a Ted Talk about finding his truth. In the talk he explained how he was born in a girl’s body and how he knew at a young age he was a boy.

However the actor didn’t transition until he was older.

In 2018, Ash appeared on Lorraine and revealed how he landed the role of Matty.

He said: “It is crazy. There’s an amazing charity called All About Trans. They work with positive representations in the media of trans people.

“They said to me, ‘we’re doing an interaction with Emmerdale, they’re thinking of doing this storyline, they’re looking for some advice on positive reps.’ They said, ‘do you want to come?’ And I said, ‘Sure, cheeky day out.’

“I went along and the next thing they said, ‘do you want to audition?’ Being an actor I said ‘of course!’ And here I am.”

Ash once revealed he was beaten so badly for being transgender that he was left blind.

He told the Sunday Mirror in 2019 about the abuse he has faced as a transgender man and how tough he’s finding the constant attacks.

“Playing a trans man role on TV, as an actor it’s been a dream come true,” revealed Ash

“But as a human it’s come with some difficulties because now I’m open to society’s prejudice qualities.

“I’ve been beaten in the streets until I can’t stand or see.”

He also revealed people approach him in the street using offensive terms and insults.

But brave Ash, 29, has vowed to never give up because he helps to inspire others and has had many messages on social media thanking him for telling their story.

Does Ash Palmisciano have a girlfriend?

The pair went public with their romance as they celebrated saw in 2022 together in fancy dress.

The star captioned the post: “Happy New Year everyone! Thank god this girl was too polite to say no to a drink (even though I was dressed as Joe Exotic!) Ha, happy new year everyone!”

He donned a black stick on moustache, fake tattoos, baseball cap and a loud shirt to transform into the former big cat keeper.

Last month Ash shared a picture of the pair kissing on holiday in Italy.

He wrote: “It’s been a difficult few months, so grateful to have Shea, thank you for being by my side, through the hard days and the good.”

Fans quickly sent their love for the pic, with many commenting: “Wonderful picture.”

Another said: “She’s a keeper.”

Emmerdale is on Monday to Friday at 7.30pm on Thursday on ITV.