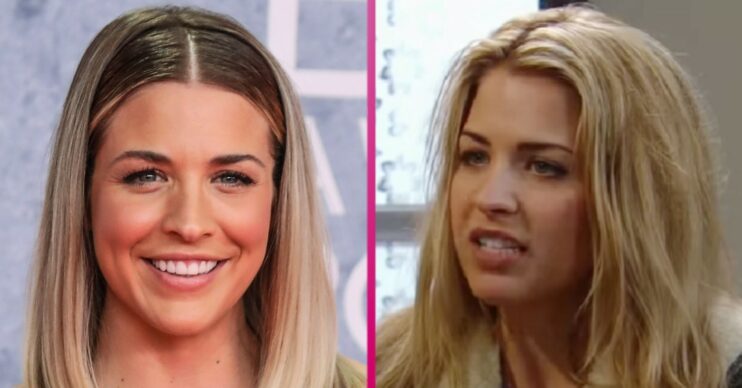 Emmerdale: Gemma Atkinson on real reason she has chosen not to return to ITV soap

Gemma IS returning to Hollyoaks

Gemma Atkinson has hinted she will return to Emmerdale in the future after explaining why she has chose not to return now.

This week Gemma is set to reprise her role as Lisa Hunter in Hollyoaks 16 years after her last appearance.

However Gemma, who also played Carly Hope in Emmerdale from 2015 until 2017, has explained why she won’t be returning to the ITV soap soon.

Gemma Atkinson hints she will return to Emmerdale in the future

In an interview with OK! Gemma was asked if she would do any other soap.

She told the publication: “Emmerdale has mentioned me going back, but with soaps the thing that people don’t realise is that the cast and crew do quite gruelling hours.

“What I love about my job with the radio is I know every single day I’m going to get home. I can plan my family life and fit being a mum around that job.

She continued: “Maybe when Mia is a bit older I’ll consider it, but at the minute it’s not practical, especially with Gorka doing a lot of touring.”

Gemma has revealed that her return to Hollyoaks won’t be a long one, but she will be part of a new story for Zara Morgan.

What happened to Carly Hope in Emmerdale?

Carly Hope returned to Emmerdale in 2015 after nine years away. Gemma took over the role from Rebecca Ryan, who currently plays Lydia in Coronation Street.

During her time in the village, it was revealed Carly had a baby back in 2012. However just one month after her son Billy was born, he died of Sudden Unexplained Infant Death.

Soon Carly began a relationship with Marlon Dingle and grew close to his daughter April.

However their relationship didn’t last and in 2017 she left with her ex-boyfriend Matt.