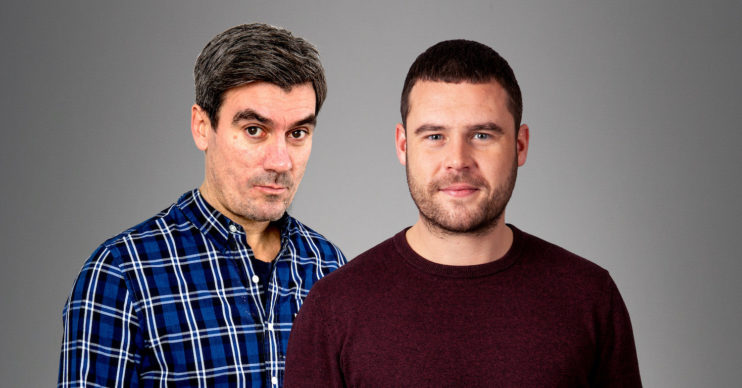 Aaron finally got some closure from Robert!

In the episode, the uncle and nephew were thrown together as the coronavirus pandemic caused villagers to go into lockdown.

However things didn’t go smoothly for the duo. In the visit to the Dales, Aaron received a letter from prison which was sent from his ex-husband Robert.

However Cain was the one to see it first and hid it in a magazine. He worried that if Aaron read it, it would cause him to fall back into despair.

But a few days later, the mechanic let slip about the letter, leaving Aaron furious. He became even more worked up when Cain couldn’t remember where he put it.

Fuming with his uncle, Aaron delivered some home truths about Moira, claiming it was obvious Cain is still in love with her.

Eventually the scrapyard owner calmed down, but as he and Cain started to settle things, Cain found the letter in a magazine.

After Aaron read the letter, he told his uncle that Robert had apologised to him about how he dealt with ending their marriage.

Viewers were impressed with how the episode showed Cain’s continued love for Moira. They were also thrilled that they gave Aaron some closure on what happened with Robert.

That was such a great episode! Despite filming restrictions, in one half hour episode we learned so much about Cain's continued love for Moira and finally got closure for Aaron and Robert! Really showed why Aaron and Cain are two of Emmerdale's greatest! #Emmerdale

What a pairing on Lockdown @emmerdale tonight.
Beautifully written by #AdamSales and brought to life by the wonderful @HordleyJeff and @DannyBMiller
Well done to all the #Emmerdale production team….a brave, but brilliant idea to produce #Lockdown episodes 👏👏👏

It was a brilliant episode. #Emmerdale

#emmerdale tried to say sorry tonight to fans for the appalling exit storyline given to Ryan Hawley.

Rather than twisting the knife into #robron as expected, this was great drama.

Aaron would never move on. pic.twitter.com/ieaqDpqjws

However, some fans are afraid that this means Robert will never return to the village.

Just wake me up when Robert comes back. So i can rewatch the show again. Until this time goodbye ED, without #robron you are not worth watching. #emmerdale

Which lockdown episode is next?

Next week will air Mandy and Vinny’s lockdown episode on Monday (June 15). This will be followed by Jimmy and Nicola’s episode on the Wednesday (June 17).

It was a brilliant episode.

In Mandy and Vinny’s episode, the mother and son find themselves holed up in the salon. With Vinny’s dad Paul recently turning up in the village, he is the main topic of conversation.

But it’s not long before Mandy shares a long held secret which has affected her all her life. What is it?

Will Vinny and Mandy be able to work through their issues?