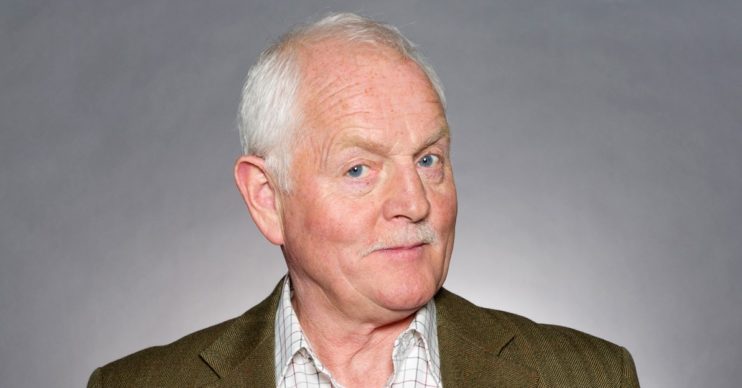 Chris tried to give his hair a trim

Emmerdale star Chris Chittell has revealed his lockdown haircut fail after his attempt to trim his Barnet went wrong.

The actor, who plays Eric Pollard in the ITV soap, posted a picture to his Facebook account revealing his hair blunder.

In the comment he added: “Double ’cause it’s on the other side as well. Stupidly put the wrong attachment and not used the mirror! Duh!”

One wrote: “A continuity nightmare if filming was still taking place!”

A continuity nightmare if filming was still taking place!

When the soaps shut down filming due to the coronavirus pandemic, many of their stars took the opportunity to change their hair.

Usually when filming they have to keep things the same for continuity.

Speaking on Lorraine, John admitted: Most of the cast for some reason decided to shave their heads and all the female cast decided to dye their hair puce, which is a problem when everyone’s coming back to work.”

Referring particularly to Danny Miller having shaved his head, John added:  “So we’ve had to put quite a lot of lines taking the [bleep] out of his hair.”

Recently Emmerdale returned to filming. However they are now using social distancing and new health and safety measures.

But despite the changes, it looks like the Dales is still set for drama.

Yesterday John revealed there will be a ‘socially distanced’ murder coming up in the show.

Speaking in a Sky news interview he said: “In terms of all the normal stuff that goes on in soaps, people kind of kissing or murdering each other, we’ll have to socially distance murders I think.

Who will be killed off?

It hasn’t been revealed who will die, however a number of storylines were left on cliffhangers ahead of the soap’s return to filming.

With DI Malone terrorising the village, could he be on someone’s kill list?

Or Could Andrea, Jamie and Belle’s love triangle end in a death?

Have you tried to cut your own hair in lockdown? Leave us a comment on our Facebook page @EntertainmentDailyFix and let us know what you think!