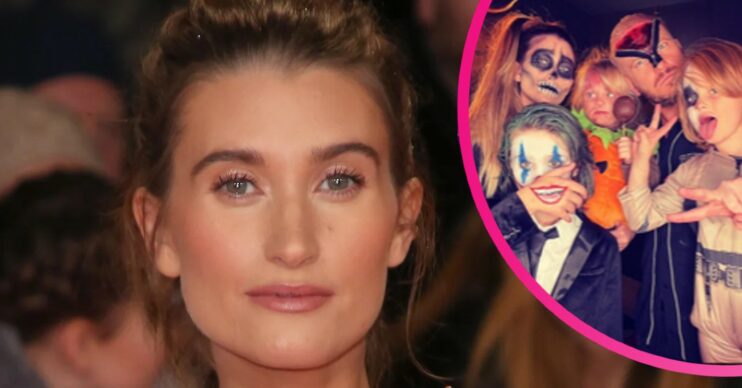 Emmerdale star Charley Webb has revealed that she would like more children with husband Matthew Wolfenden.

But despite the “chaos” of looking after her sons, Charley admitted that she hasn’t ruled out a fourth child.

The actress – who plays Debbie Dingle in the ITV soap – made the confession during an Instagram Q+A with fans.

A fan asked: “Would you have anymore children?”

Charley responded to the message with a shot of her three sons.

I do love the chaos of lots of crazy kids, so maybe

The photo appeared to be a throwback as Ace was a small baby.

Alongside the snap, Charley added: “I do love the chaos of lots of crazy kids, so maybe.”

Later on, the soap star addressed her “crazy” home life in another question.

“How are you and your family doing?” a fan wrote.

“Honestly, when we’re all home it’s full on chaos.”

Meanwhile, it comes after Charley’s husband Matthew reportedly had a row with co-star Isabel Hodgins.

However, it was recently reported that Matthew and Isabel were involved in a “heated” bust-up.

According to The Sun, soap bosses were forced to intervene after things turned heated between them on set.

The publication claimed: “It left a lot of those present at the filming feeling uncomfortable.

Emmerdale quickly confirmed that “neither actor had been suspended”

They added: “Emmerdale has robust policies in place to deal with any allegations brought to our attention and take the appropriate steps.”

Meanwhile, earlier this week, Charley proved there was no bad blood as she shared a selfie alongside Isabel.

She captioned the shot: “My little cute pea.”

In addition, the actress also posted a photo of her husband and Isabel together.