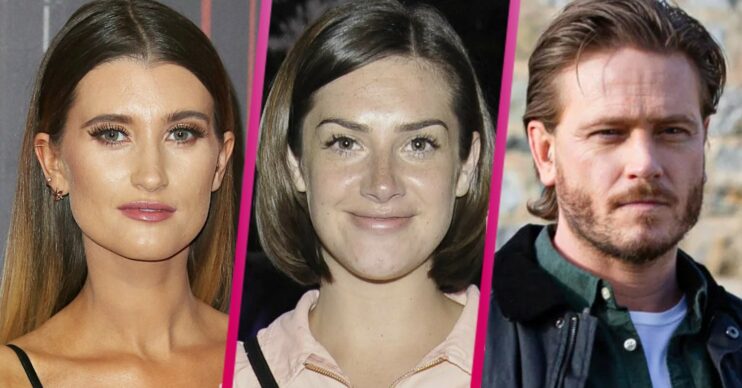 Matthew's wife Charley Webb got in on the action too

The pair – who play on-screen couple Victoria Sugden and David Metcalfe – were reportedly involved in a “heated” bust-up.

Now, Matthew‘s wife Charley has proved there’s no bad feeling between the pals.

The pair posed together for a selfie, which the actress captioned: “My little cute pea.”

Charley, 33, then went on to post a photo of her husband and Isabel together.

Despite their reported row, the pair appeared to be getting on just fine.

In the snap, Matthew, 41, and Isabel, 27, playfully cuddled into each other.

Charley captioned the photo: “The most annoying humans.”

It comes days after Matthew and Isabel’s alleged on-set “bust-up”.

According to The Sun, soap bosses were forced to intervene after things turned heated between the two.

The incident reportedly happened while the actors were travelling to set to film the dramatic waterfall stunt that saw Isabel’s character Victoria dragged over the edge.

The publication claimed: “It left a lot of those present at the filming feeling uncomfortable.

At the time, Matthew and Isabel allegedly took a break from filming so bosses could investigate what went on.

Emmerdale speak out over the claims

Meanwhile, Emmerdale reps later confirmed that “neither actor had been suspended”.

The soap rep shared: “We would never comment on individual cases.

However, it’s obvious that the pair have clearly buried the hatchet.

Following the incident, Isabel and Matthew reunited to celebrate Halloween.

Charley shared a series of the snaps from the night, including one of Isabel as a pumpkin.