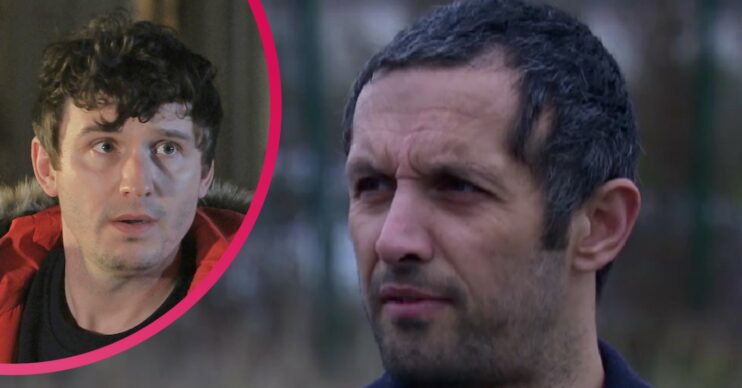 Emmerdale: Alex’s dealer Karl Mathewson has played two other characters in the soap

Actor Sean Cernow has appeared in more soaps too

But fans might recognise Karl actor Sean Cernow from another soap.

Here’s all you need to know about him.

Who is Karl Mathewson in Emmerdale?

Knowing they would need to speak to his biological dad, Alex, they went to see him.

When she explained the situation, Kim gave her money to help, but it turned out this wasn’t enough.

Dawn made a phone call and later met with Alex and they went to see Alex’s dealer, Karl Mathewson.

Who plays Karl Mathewson in Emmerdale?

He was born in Oldham.

Read more: Emmerdale star Lisa Riley: How old is she? Is she married?

What else has Sean Cernow been in?

This isn’t the first time Sean has had a role in Emmerdale. In fact he’s been in the soap twice before!

He has also had roles in Hollyoaks, Doctors and Coronation Street.

The first was in 2008, where his character was credited as Man 2. However in 2018, he played Phil Warriner, a man who harassed Kate Connor and Rana Habeeb.

In 2009 he played Barry Chapman in Doctors and since he has played three other characters in the BBC soap.

You may also recognise Sean from his roles in TV series Doctor Thorne, The Cops, Buried, The Twilight Zone, Prisoners Wives, The Musketeers, Casualty, Scott and Bailey, Les Misérables, Vera and Moving On.

Sean has been in many films including Screwed, Cockneys vs Zombies, Spike Island, The Night Runner and Blackout.