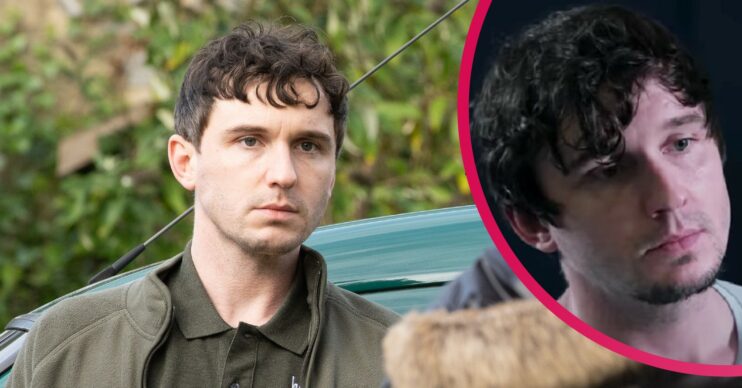 Who plays Lucas’s dad, Alex, in Emmerdale? Liam Boyle has been in Coronation Street before

Liam has been in another popular soap

Alex arrived in Emmerdale tonight (Monday, December 20) but who is he, what is he doing in the village and who plays him?

Who is Alex in Emmerdale?

Alex turned up at Dawn Taylor‘s door in tonight’s episode and Dawn told Harriet he was an old boyfriend.

Alex told Harriet that many years ago he badgered Dawn into trying heroin, wanting her to be an addict like him and he regrets what he did.

He told Harriet and Dawn that he’s now clean and asked after Lucas.

Soon Lucas came into the room and Alex introduced himself as his real dad, leaving the little boy shocked.

Dawn was furious with Alex, however they both went and had a chat about what’s best for Lucas.

Read more: Emmerdale spoilers: Vinny closes in on Meena as he hunts for vital evidence

Alex told Dawn he wanted a chance to get to know his son, but Meena could be seen lurking in the background.

Who plays Alex in Emmerdale?

What has Liam Boyle been in?

Emmerdale isn’t the first soap Liam Boyle has been in. Coronation Street fans may recognise him from when he played Abe Crowley in 2019.

Abe was an inmate of Highfield Prison and the cellmate of David Platt.

He is also well-known for playing Dominic Bailey in ITV series Scott & Bailey.

Between 2006 and 2007 he played Darren Fairhurst in Drop Dead Gorgeous and in 2008 he played Charlie Green in Spooks: Code 9.

He has also had roles in Shameless, The Bill, Casualty and Doctors.

You may also recognise him from his role Louie in Skins: Rise which he starred in alongside Jack O’Connell.