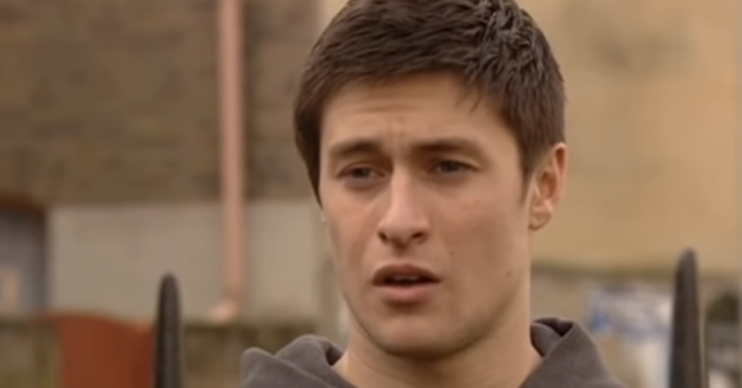 Tony Discipline, who played Tyler Moon in EastEnders from 2011 until 2013, has sent fans wild hinting his alter ego could make a return.

Tony posted a picture from his holiday on Twitter and he also tweeted: “Tyler’s still on a cruise out there somewhere. Is it time to come back to Walford? @bbceastenders.”

Tyler’s still on a cruise out there somewhere. Is it time to come back to walford? @bbceastenders 🚢 pic.twitter.com/SDlAvbGxy0

A second tweeted: “It would be so amazing if you came back wtf.”

Another said: “Yes! But first you need to become Tik Tok famous.”

Tyler arrived in Walford with his dad Eddie Moon and brother Anthony Moon.

During his two years on Albert Square he had an on and off relationship with Whitney Dean and the pair were even engaged at one point.

He also had short romances with Poppy Meadow, Lauren Branning and Lucy Beale.

Eventually Whitney and Tyler broke up and he left Walford to work on a cruise ship with Anthony.

Tyler knew about Whitney’s past with Tony King – the man who groomed her from the ages of 12 to 16.

With Whitney being stalked and harassed by Tony’s son Leo, could Tyler make a return to rescue her?

After starting a relationship with Whitney, he trapped her in a hotel room and tried to get her to say she falsely accused Tony of grooming her.

Despite being warned off multiple times, Leo has continued to stalk the market stall owner, even setting up a stall opposite hers.

After he was accidentally pushed off the balcony of The Prince Albert club by Kush, Whitney pretended she wanted to get back with Leo in order to stop him pressing charged against Kush.

But Leo sussed her plans when he found her diary, where she kept a record of his harassment.

After dragging Whitney to Tony’s grave and forcing her to apologise, he made her announce in The Queen Vic that she’s a liar.

Although Whitney hasn’t seen him since, he’s been hiding in the attic above her room watching her.