Leo King's campaign of harassment against Whitney Dean continued in EastEnders last night, with the troubled young man stalking her at her place of work.

Viewers know that Leo, the son of paedophile Tony who groomed and raped Whitney when she was a teenager, has set up his own stall opposite Whitney in Walford market - much to her horror. 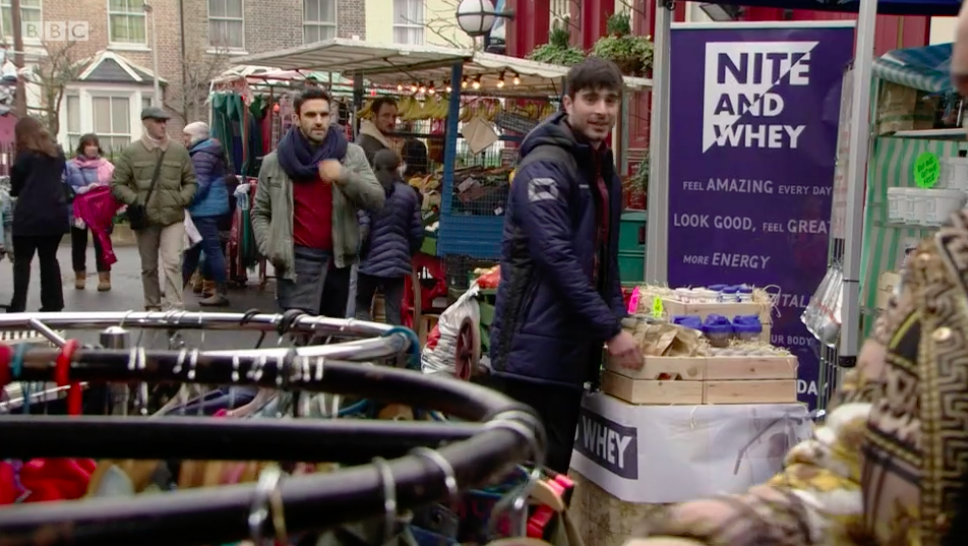 Leo has set up his market stall directly opposite Whitney (Credit: BBC)

Despite her attempts to complain to the market stall allocator, Leo has been allowed to stay as officially he's done nothing wrong...

Which makes every working day a living nightmare for poor Whitney, as she's reminded of the abuse she suffered as a young girl. 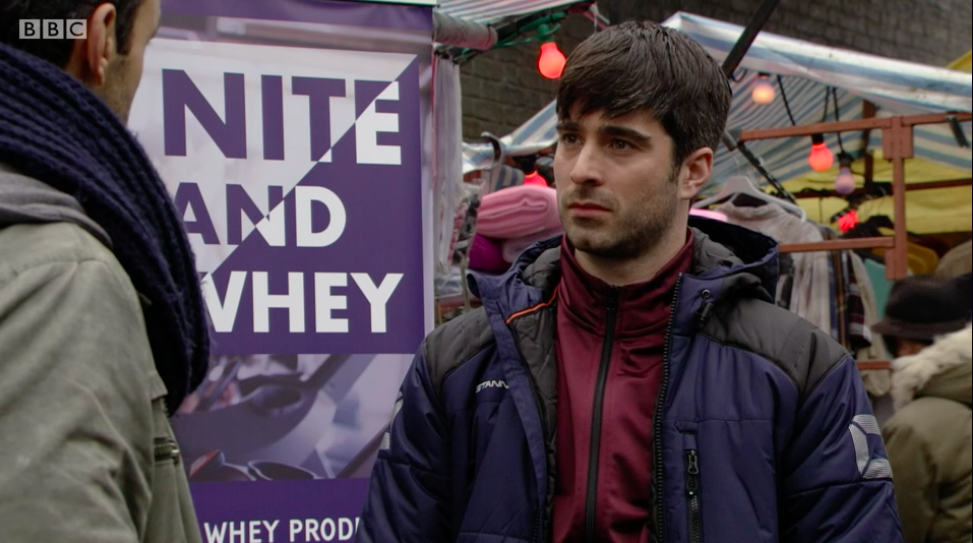 Leo is selling products made from whey (Credit: BBC)

Loving that Leo named his stall after Whit. Proper classic stalker material there.

One fan tweeted: "Leo's new stall is called Nite and Whey - an anagram of Whitney Dean. Whitney, you in danger, girl. #EastEnders."

Leo's new stall is called 'Nite and Whey' - an anagram of Whitney Dean.

As if that stall is called Nite And Whey #EastEnders pic.twitter.com/Wt9NCS33yJ

Oh yeah! It's an anagram of 'Whitney'!

I can’t get over Leo’s stall name being an anagram of Whitney Dean. So subtle, yet creepy af #EastEnders pic.twitter.com/kjSvyqVwTi

Another said: "Nite and Whey is an anagram of Whitney."

A third wrote: "I can't get over Leo's stall name being an anagram of Whitney Dean. So subtle, yet creepy #EastEnders."

"Loving that Leo named his stall after Whit. Proper classic stalker material there," said another.

Script editor Kyri Zindilis also commented on the anagram, tweeting: "I can't believe how quickly some of you cracked that Leo's stall Nite and Whey was an anagram of Whitney Dean. I'm very impressed! #EastEnders."

I can’t believe how quickly some of you cracked that Leo’s stall ‘Nite and Whey’ was an anagram of Whitney Dean. I’m very impressed! #EastEnders pic.twitter.com/8Bpl9AwyTE

He went on to explain: "All credit goes to one of the script editors, Cleo Bicat (and @MarkJamesLowe). I couldn't even work it out after they told me."

In the Thursday night episode, Leo crept up behind Whitney in the dark as she reached for her keys, and pressured her into agreeing to a date with him.

Is Whitney in serious danger?

Do you fear for Whitney Dean? Or is Leo just love sick? Leave us a comment on our Facebook page @EntertainmentDailyFix and let us know what you think!