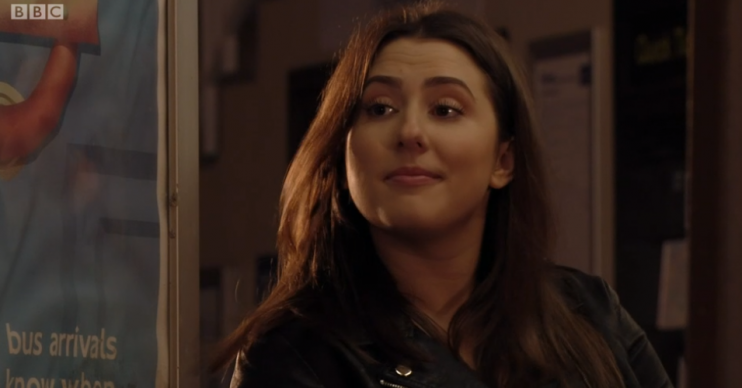 Bex has decided to go travelling

After some encouragement from Kat, Bex decides she needs to get away and thinks travelling will clear her head.

She breaks the news to Sonia and Martin who are not happy.

She soon starts to make plans and get her things ready but is stopped in her tracks when she discovers her passport is missing.

Bex confronts her mum about hiding her passport but Sonia is adamant Bex is making the wrong decision.

Martin fails to make Sonia see sense but after Max and Jack scold her for being so stubborn, she finally starts to see sense when Bex writes her a letter.

What will she say to her mum?

Recently Bex ended up in hospital after taking contaminated drugs at the boat party.

Although the boat ended up crashing and began to sink, she was saved by Kush and Kat, who managed to get her off the boat where she was taken to hospital.

Viewers know Bex has had a tough year after struggling with the pressure of school.

The stress of A-Levels saw the teen begin taking ADHD medication to help her focus.

However she ended up running away from home and became paranoid.

Luckily she was brought home by Stuart Highway. However Bex’s struggles weren’t over.

She wasn’t sure if she wanted to go to university, but Sonia was excited for her daughter to go to Oxford University.

Although she pretended to be fine, Bex attempted to take her own life.

Luckily Sonia found her just in time and Bex survived.

Last month it was revealed Jasmine Armfield, who plays Bex, had quit the soap.