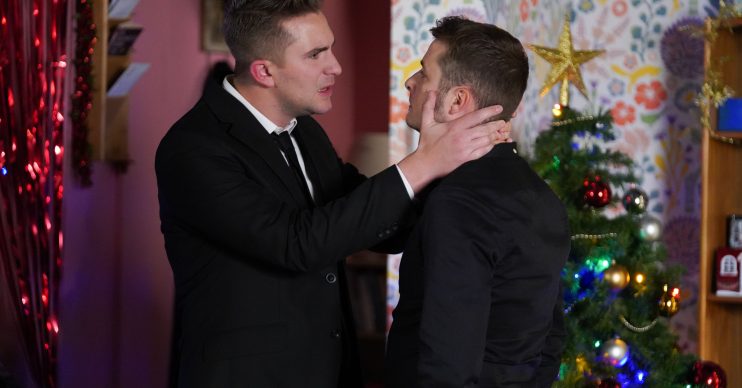 He has his suspicions...

Callum Highway is one of the good guys, but the same can hardly be said about his boyfriend Ben Mitchell – which is why the popular EastEnders couple seem to be destined for heartbreak.

Ben is torn between his love for Callum ‘Halfway’ and the pressure to please his dad Phil and follow him into a thug life – something which blows up in his face over the Christmas period.

On Thursday (December 19), we saw a worried Callum confiding in Lola about his darkest suspicions about Ben.

In response, Lola praised Callum for how much he has changed Ben – but sadly her words don’t seem to be enough to put his mind at rest.

We’re told that Callum is unable to keep his suspicions at bay, and heads to Ben to confront him.

He questions the Walford villain about his behaviour but will he get the answers he wants?

Viewers know that Ben is currently preoccupied with helping his dad Phil get revenge on Sharon’s lover, so it’s little wonder that Callum’s feeling a little lonely this Christmas.

And, despite it being Christmas Eve, the pair don’t look at all happy or in the festive spirit.

Are the couple destined to split up?

Ben is juggling his genuine feelings for Callum, while also helping his dad Phil get vengeance on his cheating wife Sharon and her baby daddy.

Do you want Ben and Callum to stay together? Or is Callum too good for Ben? Leave us a comment on our Facebook page @EntertainmentDailyFix and let us know what you think!