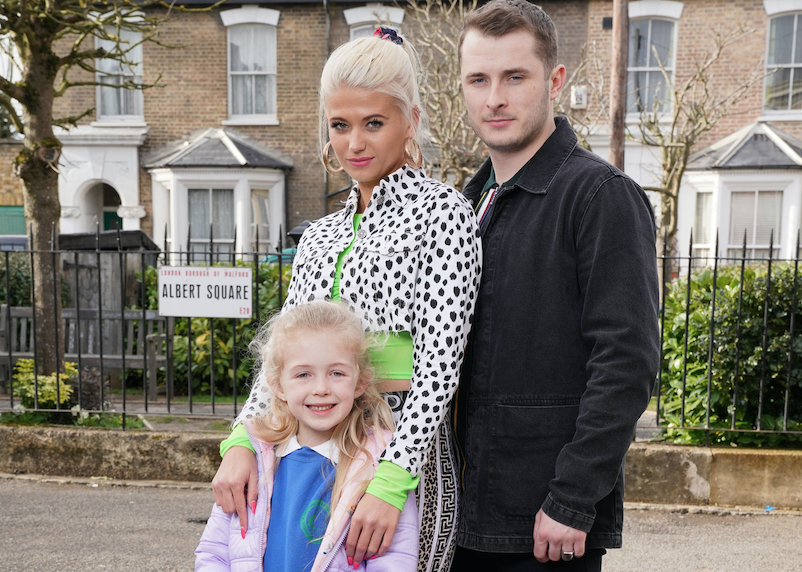 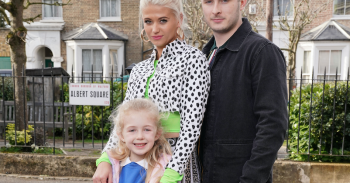 How much has changed since they were last in Walford?

Next week sees the much-anticipated return of Ben Mitchell and Lola Pearce as they make their comeback to Walford with daughter Lexi.

While Ben has only been off our screens for just over a year, having left in January 2018, Lola left Walford for a new life in Newcastle back in 2015.

But while the last time we saw Ben he was escaping to Calais on a ferry with the cash he stole from the New Year’s Day heist, the pair have got back in touch – and now they’re heading to Walford.

Phil’s stunned when he comes home and finds Lola, Lexi and Ben in his living room, and as Jay and Billy also arrive to meet the pair, there is a mixed reaction from everyone involved.

As Ben gets reacquainted with his family, he insists that they all head to the Vic for a drink – even inviting Keanu along, much to Sharon’s horror.

But while Sharon struggles with Keanu at their family bash, Ben is more interested on what is going on between his mum Kathy and dad Phil.

Sensing the tension between his parents, Ben’s interest is piqued.

But Lola is totally oblivious and more interested in getting up to speed with what has been happening with Billy and Jay.

As Phil asks Keanu to head to the Arches to meet his dodgy business associate Danny, he’s left worried when Ben insists on coming along to the meeting as well.

It doesn’t take Ben long to work out that his dad is involved in something dodgy once again, but as Phil is forced to explain all to his son, Danny arrives and starts demanding money.

But while Ben finds himself getting caught up in Phil’s illegal scams, it doesn’t seem to be putting a wedge between the father and son duo and Phil’s still desperate to get Lola, Lexi and Ben back under his roof.

Kathy’s nose is put well and truly out of joint as they all decide to move in with the Mitchells, but as the week continues, it seems that perhaps she’s better off with them at arm’s lengths.

As Billy and Lola have a trip down memory lane, Lola is clearly hiding something and feels guilty for leading Billy on.

And the mystery deepens when Denise Fox offers Lola a job at the hair salon, only for her to turn it down.

But why would Lola be turning down work now she is back in Walford?

And what exactly has bought the trio back to their old stomping ground?

Is it clear there secrets that are being kept hidden… but what?

Are you glad to see Lola, Lexi and Ben back? Leave us a comment on our Facebook page @EntertainmentDailyFix and let us know what you think!