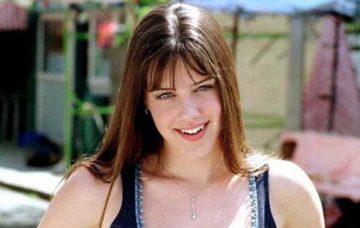 It’s been 15 years since Zoe Slater was last seen in Albert Square, but some EastEnders viewers are keen to see her come back.

And, with Michelle Ryan making it clear in the past that she wouldn’t ever return to the role, fans are now hopeful that the BBC soap will cast a new actress to take over.

Read more: EastEnders’ Lucy Benjamin has filmed her final scenes but isn’t ruling out another return for Lisa Fowler

Michelle played the role of the youngest Slater from 2000 to 2005, and was involved in one of the most iconic EastEnders scenes of all times.

Viewers were gripped when Zoe discovered Kat Slater was her mum and not her older sister like she’d always been told.

The words “you’re not my mother” went down in soap history, as did Kat’s reply of “yes I am”.

Actress Michelle was just 16 when she first appeared on the soap and left five years later to appear in a number of films and TV shows including Bionic Woman, Merlin and Doctor Who.

I think Zoe Slater can easily be recast.

She has since made it pretty clear she won’t be coming back and encouraged the soap to “recast the role”.

She has said: “It’s not part of my life anymore, but I feel it would be the right thing to recast the role.”

And fans have recently revealed they want the same thing!

Writing on Digital Spy Forums, one said: “I think Zoe Slater can easily be recast. Bring her back; give Kat something gritty to do.”

Another typed: “I think, yes, Michelle Ryan is ‘iconic’ as Zoe – but she’s never coming back. And when a key character is still out there, it would be a mistake to write off any potential return.

“Good characters shouldn’t be at the mercy of their actors. And Zoe is a ‘good’ character – a relevant one, an important one and one that, eventually, will have a place on the Square.”

“I don’t think Michelle Ryan will ever return as Zoe Slater so if the powers that be want Zoe Slater back on the Square, then it will need to be a recast. I don’t have a problem with a recast of Zoe,” said a third.

Others made it clear they already knew someone perfect for the role, with one writing: “I would cast Sophie Austin in the role. Couldn’t stand Michelle Ryan so would welcome a recast.”

Another said: “Kat has had two or three long term stints since Zoe left in 2005. Zoe needs to return. Sophie Austin will be good in the role.”

A third agreed, saying: “If Zoe was going to be recast, then I can see her being played by Sophie Austin.”

Sophie is, of course, a former Hollyoaks star who is engaged to singer and actor Shayne Ward.

Others weren’t so keen on the idea of a recast, however, with one writing: “I don’t think a recast would work to be honest. I think it would be another Michelle Fowler.”

Another added: “No, too many recasts, plus I liked Michelle Ryan in the role. I wonder what she’s doing now?”

In fact, Michelle is still a jobbing actress and recently played Carrie in Dark Stories. She prefers to stay out of the limelight.

Would you like to see Zoe Slater return to Walford? Leave us a comment on our Facebook page @EntertainmentDailyFix and let us know what you think!