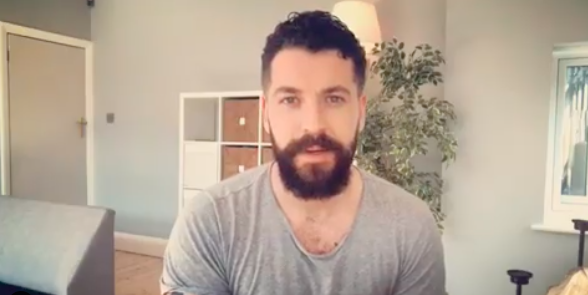 But the former Coronation Street star’s current favourite role is being boyfriend and daddy to his “two angels”.

Shayne, 34, has shown the world how much he loves his daughter and girlfriend in a touching tribute to them on Instagram.

On Friday (June 14), he shared a photo with his 293,000 followers alongside a message from the heart.

In the photo, Sophie Austin is holding their daughter Willow May in her arms.

The snap, which was taken on a sun-drenched holiday, features everything that is important to the family man.

My 2 Heaven sent angels. You truly are my everything. You complete me.❤️ @sophieaustin84 Willow May xx

Pouring out his feelings, Shayne gushed: “My two heaven sent angels. You truly are my everything. You complete me Sophie Austin and Willow May.”

Fans rushed to comment on the message, with one responding: “Lovely sweet words.”

Another said: “Precious. Is Willow like mummy or daddy?”

The family have recently returned from a break in Bahia del Duque in Tenerife.

Actress Sophie also shared several pictures from the holiday, including one of Shayne and Sophie together on a gorgeous beach.

Shayne recently showed off his transformation as he hit the red carpet at the British Soap Awards.

He will soon be starring in new action film, Stairs, as Will Stanton.

According to IMDB, the film is about a special ops squad who are sent to infiltrate a civil war to retrieve intelligence.

Are you keen to see Shayne Ward in a new role? Leave us a comment on our Facebook page @EntertainmentDailyFix and let us know what you think!