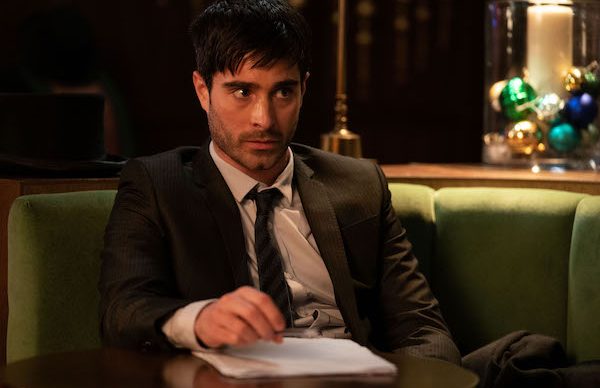 Leo King and Dotty Cotton could be the next Albert Square power couple, as EastEnders look set to put the troubled pair together.

Tony King’s stalker son will embark on a shocking new romance with troublemaker Dotty – and we think the duo could well prove to be explosive!

Next week, Leo makes a beeline for Dotty but, unsurprisingly, his intentions aren’t entirely honourable…

Unaware of exactly who she is dealing with, Dotty takes a shine to Leo and he soon sees a way of using this to his advantage.

He invites Dotty to start working on his stall with him, hoping to make Whitney Dean jealous.

However, as Dotty flirts with Leo, his true colours are soon revealed when she mentions his dad – and he sees red.

Later, in an attempt at damage limitation, Leo apologises and suggests they go for a drink together.

EastEnders viewers know that Leo arrived in Walford in a bid to get revenge on Whitney, who he blames for the imprisonment and ultimate death of his dad.

Tony groomed and sexually abused Whitney, before she exposed him and he was jailed.

After starting a relationship with Leo not knowing his real identity, Whitney was disgusted when she later discovered the truth – even though Leo tried to convince her he was in love with her. Sounds familiar, right?

Now Leo’s obsession has turned into stalker-type behaviour, and the deluded weirdo recently got himself a pitch at Bridge Street market.

Appalled at the prospect of working opposite Leo all day, Whitney comes up with a plan to swap jobs with Kat, meaning she doesn’t have to see him all day – but Leo is enraged by the swap and makes a plan of his own…

How far will Leo go to get Whitney to himself? And will Dotty be a pawn in his game?

Do you think Leo can be redeemed? Leave us a comment on our Facebook page @EntertainmentDailyFix and let us know what you think!