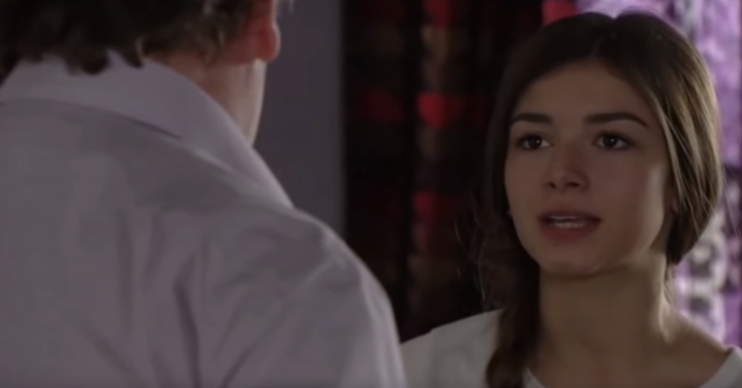 Fans of EastEnders have begged for the soap to bring back Cindy Williams.

Cindy is the maternal half-sister of Lucy and Peter Beale and turned up in Walford in 2013 looking for her brother.

In a Digital Spy forum one fan wrote: “I would really like a return for Cindy Williams, played by Mimi Keene. Such an interesting character who was multi-layered.

“I remember DTC [Dominic Treadwell-Collins] said Lucy’s murderer was originally meant to be Cindy, interesting to see what that would have meant now. Bring her back!”

A second agreed: “Bring her back.”

Another commented: “Adore her. She was brilliant in the birthing episode where she had Beth. A wonderful idea to bring her back.”

Another added: “I would love to see Mimi return as Cindy!”

During her time in EastEnders, teenager Cindy fell pregnant with a daughter, who she called Beth.

She was also a suspect in the Who killed Lucy Beale storyline, where it was eventually revealed Lucy’s younger paternal half-brother Bobby Beale had killed her and his adoptive mum Jane had moved the body.

Viewers also saw Cindy struggle with being a young, single mum and eventually she sent Beth to live with her dad TJ Spraggan and his family.

The schoolgirl went on to start a relationship with Liam Butcher and the pair left Albert Square in 2015, going to live with his dad, Ricky, in Germany.

Since leaving the soap, Mimi has gone on to play Ruby in Netflix show Sex Education, which will be airing it’s second series later this month.

She also played a young Edith Bratt in Tolkien alongside Nicholas Hoult and Lily Collins.

Recently it was announced Peter Beale would be returning to EastEnders this year after five years away.

Actor Dayle Hudson is taking over the role from Ben Hardy, who has gone on to star in Hollywood films such as Bohemian Rhapsody and 6 Underground.

Last year, viewers also saw the return of Bobby, who was released from prison.

Would you like to see Cindy return to the soap?