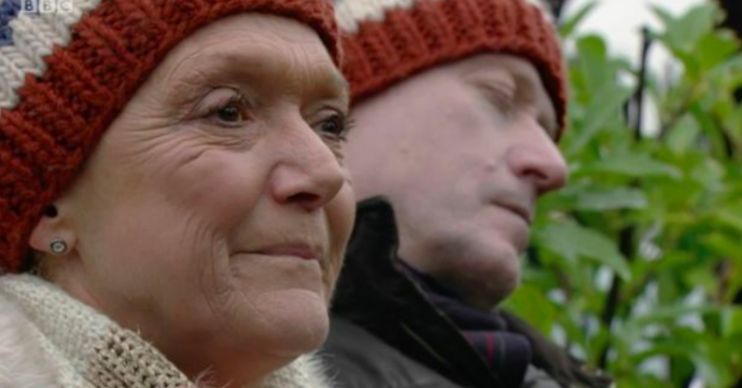 Daniel Cook passed away last night, and EastEnders viewers were devastated by the loss of a character they had grown to love.

On Thursday (February 27), the fan favourite died alone in Albert Square after his girlfriend Jean Slater went to get them a hot chocolate.

In heartbreaking scenes, Jean continued talking to the “love of her life” even though she realised he had gone.

Never felt so heartbroken watching a scene! I will miss Daniel so much.

Returning to the bench where Daniel was slumped and clearly lifeless, Jean – wearing a matching hat to Daniel – said: “I’m going to tell you a secret. You really are the love of my life.”

Choking back tears, she continued: “I promise, I’m going to live my life being more ‘Miss Feisty’. More ‘Jean’.”

Jean then dared to look at Daniel, who looked at peace beside her, and dissolved into tears.

As did the viewers.

Turning to Twitter to express their grief, one wrote: “So so sad. As soon as she left I knew that was going to happen. Poor Jean.”

Another said: “I’m going to miss Daniel on the show, and Jean will miss him even more… So sad! #EastEnders.”

A third added: “Never felt so heartbroken watching a scene! I will miss Daniel so much, he was the best. Him and Jean were great together, and they brought each other so much happiness, I hate that this happened!”

“This was so heartbreaking. Jean and EastEnders fans have lost Daniel AGAIN but for real this time,” exclaimed another, and one more said: “Sobbing at tonight’s episode… He hung on for Jean’s results.”

After promising Jean he wouldn’t die until he knew she’d be okay, Daniel stayed alive until she had received her own test results.

Viewers know both characters were battling cancer, with Daniel’s diagnosis being terminal.

This week, Jean heard the fantastic news that she had the all-clear – but she’d been afraid to tell Daniel knowing he would stop fighting.

Viewers had warmed to the character of Daniel, with many begging scriptwriters not to kill him off.

It was an extremely emotional episode all round, with Sharon Mitchell attempting to take her own life and Callum being found.

Will you miss Daniel Cook? Leave us a comment on our Facebook page @EntertainmentDailyFix and let us know what you think!