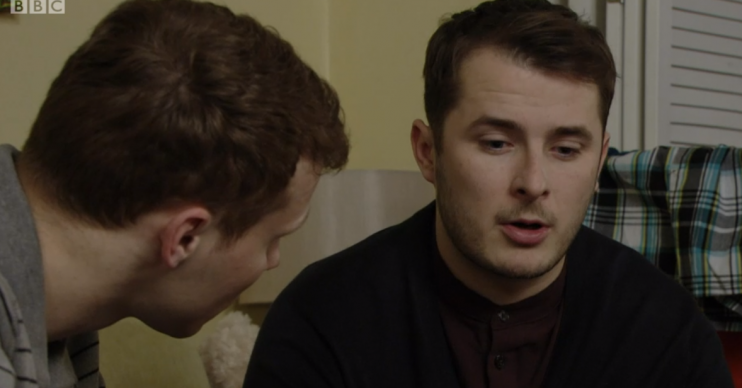 Ben lost his hearing during the boat accident

Ben continues to struggle with his hearing loss and in Friday night’s EastEnders (Friday February 28 2020) he unknowingly puts himself in danger.

Still unable to hear anything, Ben steps out in front of a motorbike.

Seeing this, Kathy is alarmed and rushes over to save him. But will she get there in time?

In Thursday’s episode (February 27 2020) Kathy, Ian, Peter and Bobby learnt that Ben had lost his hearing in the boat accident last week.

Ben suffered a head injury causing him to lose even more of his hearing.

Despite his inability to hear anything, Ben was determined to find his boyfriend Callum, who had been kidnapped by Keanu.

Although Keanu had revealed where he was keeping his hostage, Callum had fallen off a ledge failing to see the drop through PVC strip curtains.

Unable to find Callum or get in touch with Keanu for more information, Callum’s brother, Stuart, and Ben have been left worried sick about him.

Stuart realised Callum must be at the warehouse as Keanu’s phone calls had been made from the area.

Along with Jay and Ben, they went back to look for Callum and Ben found him in amongst the rubbish.

Whilst paramedics confirmed he would be okay, Ben was left emotional.

It was recently revealed the soap would be introducing their first deaf character to help Ben with his hearing loss.

Newcomer Frankie, who is deaf, will help him deal with his new challenges.

Frankie is set to be played by deaf actress Rose Ayling-Ellis.

Speaking about joining the show, Rose said: “I am so excited to be joining the cast of EastEnders and I am equally proud to be one of the first deaf actresses to be part of this iconic soap.

“I can’t wait for everyone to meet Frankie.”