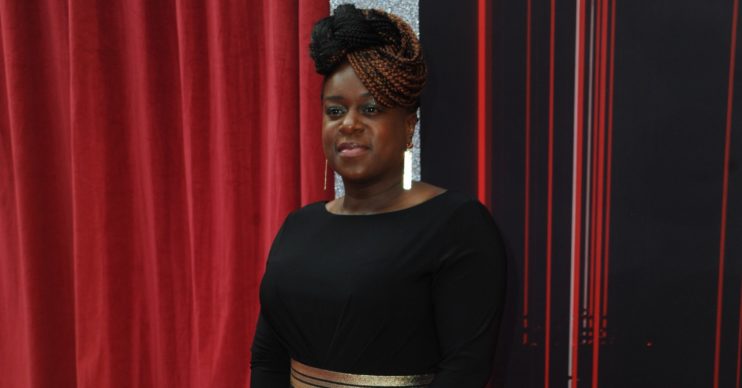 EastEnders star Tameka Empson will return for the new spin off show Secrets From The Square, which will begin airing next week.

The BBC has finally revealed the line-up for the new series. One of the names on the list includes Tameka, who plays Kim Fox-Hubbard.

Kim was last seen last year when she announced to her sister Denise that she was moving to Scotland.

Now Tameka and Denise actress, Diane Parish, will reunite for the new series, which is hosted by Stacey Dooley.

The soap promises it will be a ‘hilarious’ reunion for the on-screen sisters!

What do we know about the first episode of Secrets From The Square?

In the first installment, Stacey will be joined by Mick and Linda Carter actors, Danny Dyer and Kellie Bright.

They will relive some of their classic scenes and spill some of the show’s best kept secrets. Kellie will also reveal an embarrassing wardrobe malfunction while Danny shows off his best ‘doof doof’ face.

Meanwhile Stacey will get teased about another famous investigative journalist.

Speaking about what fans can expect to see, Kellie said: “Things I don’t want people to know that I just blurted out.

She added: “They will enjoy seeing the characters, seeing the actors behind the characters seeing our relationships, and what it’s like interacting with us, you’ll feel like you’re there sat down having a chat.”

Who else will appear on the show?

Read More: EastEnders’ fans furious there is no trailer for final episodes

The following week, Stacey will be joined by original cast members Letitia Dean and Adam Woodyatt. They will look back at where it all began as teenagers.

Also appearing on the show over the next few weeks will be James Bye and Davood Ghadami, Max Bowden and Tony Clay, and then Tameka and Diane.

Tameka’s return is certainly bound to excite fans as they have been desperate for Kim to return to Albert Square.

EastEnders: Secrets From The Square will air Monday nights at 8pm on BBC One from June 22.