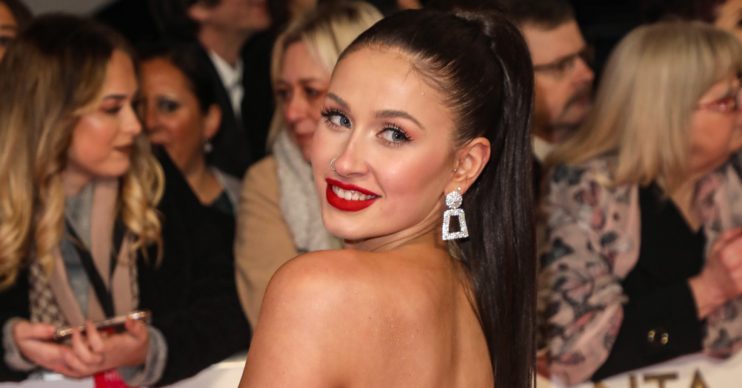 Milly shared the photo on her social media

The actress, who joined the BBC soap last year, posted the picture to her Instagram page.

She captioned the post: “Never thought my ‘waste of space’ pyjama collection would in this handy.”

Her followers commented on the post commenting on her natural beauty.

A third added: “You are so beautiful.”

Due to the coronavirus pandemic, EastEnders has stopped filming meaning Milly, along with the rest of the EastEnders cast are unable to film.

Although the soap can no longer film and episodes have been reduced, the soap still airs on Monday and Tuesday nights.

Currently Milly’s alter ego Dotty has made enemies with Ian Beale. Although she was friendly with his sons Peter and Bobby, it looks like they have turned against her.

After discovering Ian trapped Dennis on the boat before it crashed, Dotty tried to blackmail Ian into buying her The Arches. In return she wouldn’t tell Dennis’s mum Sharon, Ian’s best friend, what really happened the day her son died.

But Ian managed to get rid of Dotty’s proof, leaving Dotty with no evidence to back her up.

Over the last few months, she has grown close to Bobby, who has a crush on Dotty. In last week’s episodes, Bobby took drugs at Ruby’s nightclub and ended up collapsing.

As Dotty had been selling drugs, Bobby knew if he told the police where it came from, it would land her in huge trouble.

Deciding to keep quiet, he asked her out, but she ended up rejecting him. This later caused an issue with Peter, who warned Dotty to keep away from him and his family.

But will she end up exposing Ian’s secret to Sharon and his family?