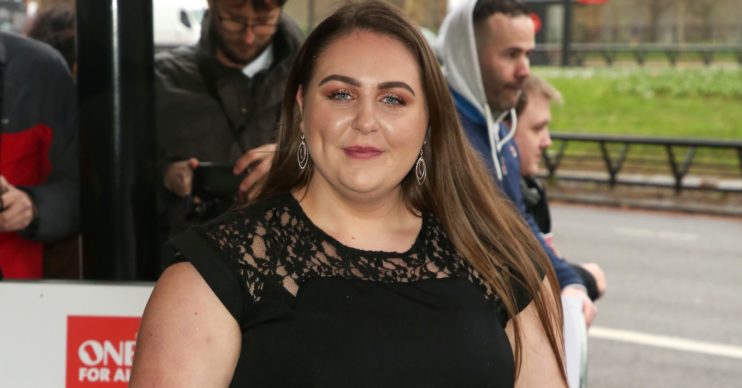 Clair and Lewis have been together for two years

2 Years Of Putting Up With Me, Someone Give Him A Medal…Then Give Me A Trophy… Happy Anniversary @lewisswood ❤️

She wrote: “Two years of putting up with me, someone give him a medal… then give me a trophy. Happy anniversary @lewisswood.”

Her followers responded to the post wishing them a happy anniversary.

A second commented: “Aww happy anniversary, you look like a beautiful couple x.”

Another added: “You two are so cute.”

Clair often shares picture of herself and Lewis. Previously she has shared holiday snaps of the two.

During lockdown it’s believed Clair and Lewis were isolating together.

However during lockdown, she admitted she felt useless.

Two years of putting up with me, someone give him a medal… then give me a trophy.

During an Instagram story Question and Answer she was asked by a follower: “What have you been up to during isolation?”

Clair replied saying: “So I feel like a lot of people would answer this by saying that they’re learning a new language or you know, currently writing a book or something.

She advised her fans not to feel pressured into learning a new skill and encourage them to do what they want.

The cast of EastEnders returned to filming last week.

Whilst Clair hasn’t said whether she is back to work yet, her on-screen family Lorraine Stanley, who plays Bernadette’s mum Karen and Roger Griffiths, who plays Mitch Baker, were seen in a behind the scenes clips and pictures.