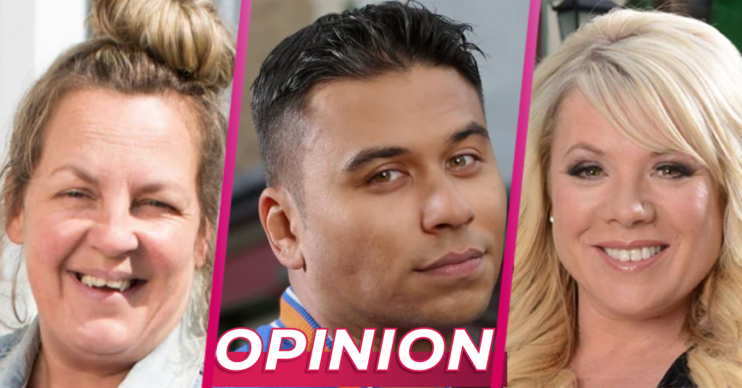 EastEnders is great but there's always room for improvement

Currently EastEnders is off-air as the soap was forced to stop filming back in March due to the coronavirus pandemic.

However, the cast are currently filming new episodes and the show is set to return later this year.

With any show there is always room for improvement. Here are seven things ED’s resident soap critic, Charlotte Rodrigues, thinks EastEnders needs to fix when it returns…

One thing I truly love about EastEnders is the Mitchell family. I know a big part of their reputation is their involvement in criminal activity.

However the gangster stuff, which includes the Danny Hardcastle storyline, can get boring.

While it’s okay to do every now and then, it does start to become repetitive.

When the show returns, I hope we get to see what’s next for Ben as he struggles with his hearing loss. I’m also hoping we get to see more of newcomer Frankie.

Karen Taylor is without a doubt one the best characters to ever come into EastEnders.

Not only is she a caring mother, but she has an hilarious sense of humour and her one-liners make my stomach hurt from laughing so much.

But in the last few months, she has been so focused on her grandson Kayden and making sure he doesn’t end up in care, we haven’t seen so much of her comedic style.

While this isn’t necessarily a bad thing, as I adore Lorraine Stanley and love to see her on-screen, it would be nice to get some Karen Taylor comedy back in the show.

Re-watching iconic episodes has really made me nostalgic. But the one episode I can’t wait to re-watch is Max and Stacey’s affair reveal.

There are many different reasons why this affair was so big. The first was that Max was Bradley’s father and the second was it happened over the course of a long time and built up so well, that everyone wanted to see the reveal.

When I think of 2000s EastEnders, that Christmas episode is the one episode that immediately springs to mind.

4. Dotty needs to tell Sharon the truth about Ian and Dennis

This is starting to feel a bit long-winded now. Dotty needs to make a decision. Either tell the truth or keep quiet.

But seriously, can you imagine how explosive it will be if/when the truth comes out?!

Watching iconic episodes such as Phil and Sharon, and Den and Ange, has made me realise none of the characters seem to be having deep or meaningful conversations with each other.

We need more episodes and scenes like Den and Angie’s two-hander.

6. Bring back some past characters!

One thing that would make the show a lot better would be to bring back past characters, even if it’s just for a short stint.

A couple of my personal favourites that I’d like to see return include Tamwar Masood, Janine Butcher and Lauren Branning.

Plus how great would a Karen and Fatboy friendship be?

7. Get rid of characters who aren’t being used properly

Characters are sometimes in the show for a while and end up not being used to their full potential.

For example, Tina Carter is a brilliant character and Luisa Bradshaw-White is a phenomenal actress, however she hasn’t had a good storyline for a long time. She’s rarely appeared during Linda’s alcohol storyline and it feels as if the character has become a bit useless.

Same applies for Ruby. She was brought back and had a brilliant consent storyline, however now she’s just faded into the background.

She’s currently running the club and it looks like she and Martin are going to get it on (which is a big no no from me).

But if a character hasn’t been used properly for a while then what’s the point in keeping them around.

And if they don’t bring back Lauren soon, Max Branning can jog on!