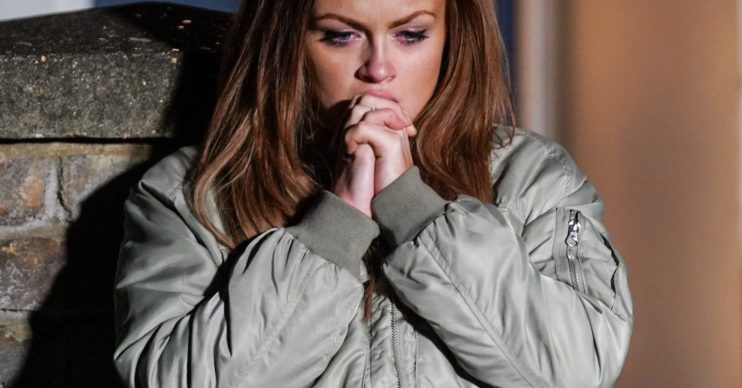 Moved for a movie!

Usually, EastEnders airs at 8pm on a Monday night. However last night, BBC One aired Indiana Jones and the Kingdom of the Crystal Skull at 6.40pm, leading the episode to be pushed back to 8.30pm.

Soap viewers explained they were not happy when they went to turn on BBC One at 8pm, and discovered the show wouldn’t be on for half an hour.

It’s 8:32 where is the episode pls and thanks #EastEnders pic.twitter.com/6ATOlOzSPg

Erm #EastEnders isn't on until 8.30. Not only are we limited to two episodes a week now it's going to class with University Challenge 🙄

Don’t forget that thanks to this guy ⬇️ #EastEnders is on at 8:30pm tonight! pic.twitter.com/g6iHbDZ7JS

It comes after EastEnders episodes were cut from four a week down to two due to the coronavirus pandemic.

As the show has suspended filming, weekly episodes were reduced in order to ensure there’s enough to cover until filming resumes.

What time is EastEnders on tonight?

Was about to watch EastEnders but it isn’t even on until 8.30

Tonight (Tuesday, April 14), EastEnders will air at its usual time of 7.30pm.

What happens in tonight’s episode of EastEnders?

After the commotion at Vinny’s party, Keegan is taken in by the police.

Seeing her husband being taken away, Tiffany races to Jack for help, but as Jack’s police colleague fills him in on what’s happened, he realises Keegan is a lot of trouble.

During the interview, Keegan protests his innocence, but learns there’s evidence stacked against him.

Unable to get Jack on his side, things continue to get worse for Keegan when he’s released under investigation and returns home to an inconsolable Tiffany. She soon drops a bombshell on him…

Meanwhile, Iqra is stunned to see Ash’s calculating side as she takes control of the situation at the flat.

Later, Ash tries to play down her actions to Iqra. But seeing Ash in a new light makes Iqra question whether she truly knows her girlfriend.

Read More: Are Emmerdale and Coronation Street on tonight? Your daily soap listings including EastEnders

At the Vic, Gray and Chantelle try their best to calm Whitney down after her interaction with Leo’s mum. But Chantelle’s reassurances annoy Gray.

Michaela comes back to the pub but before she can kick off, Gray ushers her out and gives her a warning.

Back at home, Gray berates Whitney for her actions. But once alone, Whitney confides in Sonia that she thinks she’s going to prison.