On Thursday night (September 12), Bobby - tormented by painful memories of murdering his sister Lucy Beale - doused his family home in petrol stolen from the Arches. Surrounded by the highly flammable liquid, he gripped a lighter and looked set to burn the house down - and himself to death.

In upsetting scenes, anguished Bobby told the voice of Lucy in his head: "It's my house, you don't live here any more!"

In recent weeks, his visions of Lucy have become more intense and she has been telling him that she won't ever forgive him while also laughing cruelly at him. 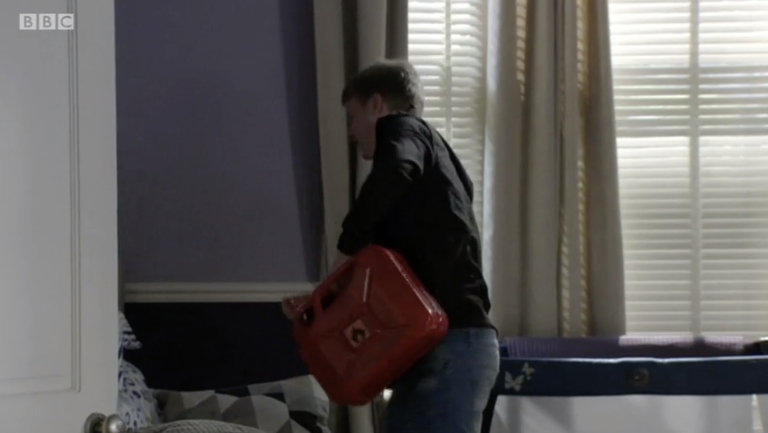 Bobby doused the family home in petrol in a bid to escape the voices in his head (Credit: BBC)

His violent attack was triggered by rage, after he discovered dad Ian had slept with Rainie on the night that Lucy died.

Viewers know that Bobby has struggled with his mental health since being released from a young offenders' institute earlier this year, having served three years for accidentally taking his sister's life during an argument back in 2014.

Jane is the only person who'll ever get through to Bobby, please bring her back.

The teenager has turned to Islam as a way of trying to make peace with his past, only to be increasingly plagued by visions of Lucy. 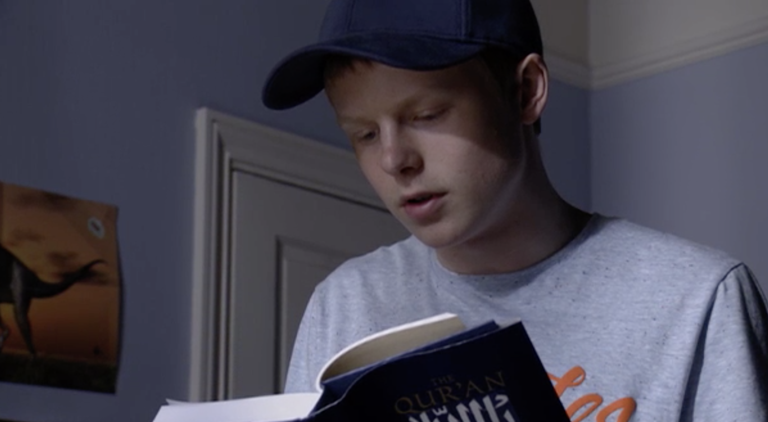 Bobby has tried to find peace within the Islam religion (Credit: BBC)

Soap fans think now is the right time for his adopted mum Jane Beale to return to EastEnders, and help him battle his demons.

During the fraught episode, Ian told Bobby: "We have to find a way to live with that happened and ourselves, so I'm going to help you. I'm going to try and be a better dad. We're going to talk."

He added: "How about I call your mum? I'll see if she can come over here or you can go and see her, whatever you think helps."

And fans were right behind it.

Yep. She was the only one wanting him to return at all for a very long time, so Jane's non-involvement would be very out of character...

Wouldn't it be a nice surprise if Laurie Brett returned as Jane Beale for this Bobby storyline? #EastEnders

One wrote: "Ian definitely should call Jane. A return from her is needed for this storyline in my opinion, I doubt she would want nothing to do with Bobby. She'd want to help him."

Another said: "Wouldn't it be a nice surprise if Laurie Brett returned as Jane Beale for this Bobby storyline?"

A third added: "Jane is the only person who'll ever get through to Bobby, please bring her back."

"Jane was the only one wanting him to return at all for a very long time, so Jane's non-involvement would be very out of character..." said one more. 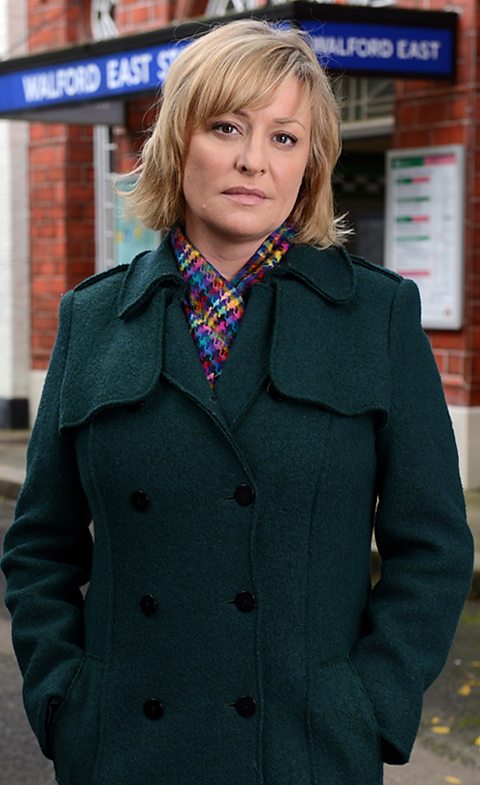 Writing on Digital Spy Forums, one user typed: "Considering the lengths she went to, to protect Bobby after he killed Lucy and the whole point of the storyline was about the lengths a mother's love would go, it seems odd that she's not around now! [...] It's not in keeping with the story to have her totally absent."

Another agreed, writing: "Seems stupid that Jane hasn't returned, even if a quick stint."

However one reminded us what Bobby did to Jane, saying: "You do know that Bobby bashed Jane's brain all over the Beale's living room. So it is no wonder that Jane has not been in contact, as she is probably scared of him."

Laurie Brett's character left Walford in 2017, while Bobby was locked away. But Jane didn't want to leave - she was driven out by Max Branning.

Could Jane return to help Bobby?

Would you like to see Jane Beale return to Walford? Leave us a comment on our Facebook page @EntertainmentDailyFix and let us know what you think! 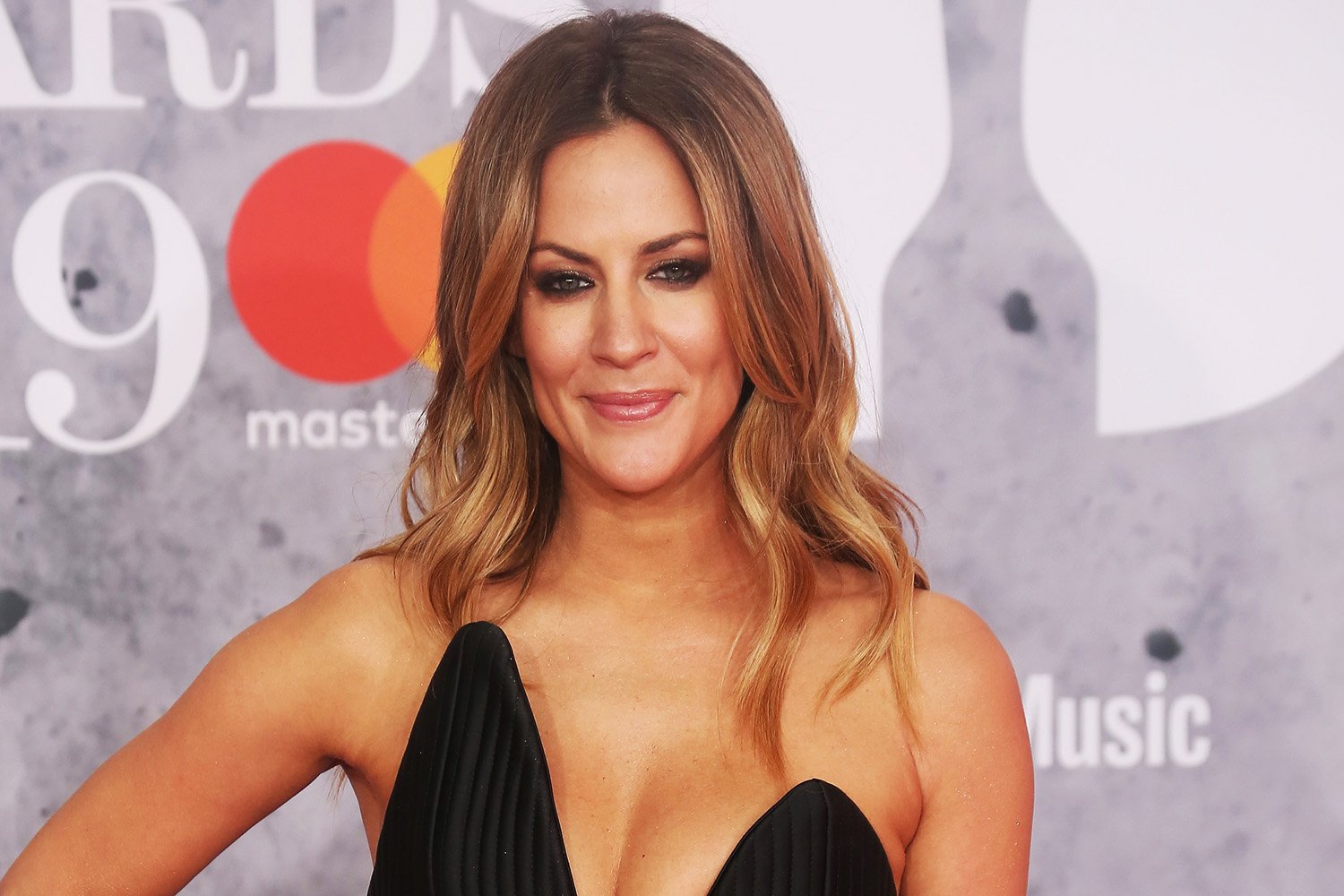