Former EastEnders actress Jacqueline Jossa has unveiled her latest venture and it's a world away from Walford.

The mum-of-two, who played troubled Lauren Branning in the BBC soap, has chosen to stay behind the camera this time - instead launching her own performing arts academy. 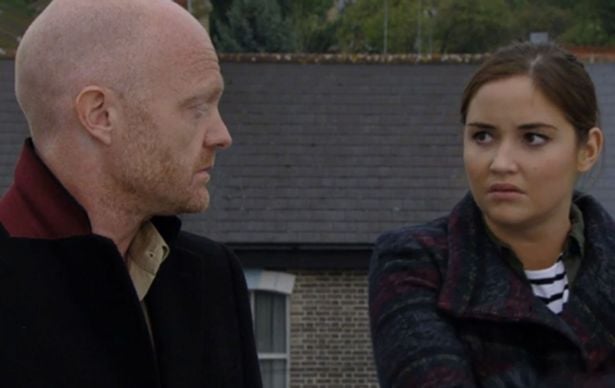 It's been a long time coming and a lot of hard work, but she finally announced that the doors to her academy - named after herself - would be open on Saturday (September 14).

Alongside a selfie in the reception of the swish new establishment, she wrote: "Saturday we open the doors to all that have booked for our academy! WE ARE SO EXCITED!"

Many of her followers rushed to congratulate her on the new business, with one replying: "Well done. You should be very proud of yourself. Good luck."

Saturday we open the doors to all that have booked for our academy! WE ARE SO EXCITED! The link in our bio for all bookings, feel free to dm us any questions or give us a call on 0800 03 85 917 can’t wait to see you all❤️ Sponsored by @starsounds_uk

Other posts revealed that Jacqueline will be there herself "having a singsong" with the wannabe singers and actors, who are welcome from the age of three upwards.

Jac has said of the venture: "I want the kids at my school to be as silly as they possibly can and feel totally comfortable doing so. Grow in confidence and learn something new every class."

Saturday we open the doors to all that have booked for our academy! WE ARE SO EXCITED!

Jac will be working alongside her sister Katrina Jossa Farrelly at The Jac Jossa Academy in Bexleyheath.

coming soon🎭 Sisters are doing it for themselves 👯‍♀️ @jacjossa @katrinajossafarrelly

Jacqueline left EastEnders in early 2018 after eight years on the BBC soap, after the death of her on-screen sister Abi Branning.

Since then, she has been busy working on this project and being mummy to her two daughters with husband Dan Osborne - Ella and Mia.

Jac has previously been linked to the new series of I'm A Celebrity... With a source telling The Sun newspaper's Bizarre TV column: "Producers think she would be great and are keen to get her a deal.

"She's well known as Lauren Branning from EastEnders and would draw in a large audience."

Although she's said she'd be up for the challenge, it looks like she has her hands full already!

Would you like to see Jac Jossa in the I'm A Celeb... jungle? Leave us a comment on our Facebook page @EntertainmentDailyFix and let us know what you think!