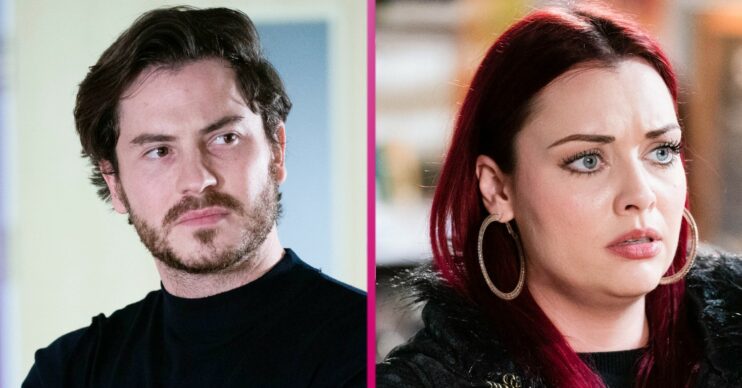 EastEnders boss confirms when Gray will finally be exposed

Gray has started to abuse his wife Chelsea

EastEnders boss Kate Oates has confirmed when Gray Atkins will finally be exposed.

Over the last few months, Whitney Dean and Kheerat Panesar have been desperate to expose Gray for abusing and murdering Chantelle after discovering evidence of Gray’s abuse on a forum.

EastEnders boss confirms when Gray will finally be exposed

However Head of Continuing Drama at BBC Studios, Kate Oates, has confirmed when Gray will finally be exposed.

Speaking about EastEnders’ schedule change, which will be starting from March 7 2022, Kate said: “We’re delighted that, from 7 March, there will be new regular time slots for EastEnders on BBC One, and Doctors on BBC Two.

“Both shows have a loyal following; and this new simplified schedule means it’s even easier for viewers to get their fix, as well as being able to watch whenever and wherever they choose on iPlayer.

“A 7pm time slot gives a whole new audience a chance to enjoy drama in Letherbridge; while EastEnders’ new 7.30pm slot begins with a hugely exciting week, as killer Gray is finally exposed…”

What is EastEnders new schedule?

However from March 7 2022 EastEnders will air on BBC One on Monday, Tuesday, Wednesday and Thursday night. All episodes will be on at 7.30pm.

Until March 7, EastEnders will air Mondays at 8.05pm, Tuesdays and Thursdays at 7.35pm and Fridays at 8.30pm on BBC One.

What do you think about EastEnders new schedule? Leave us a comment on our Facebook page @EntertainmentDailyFix and let us know what you think.