They were rivals on-screen and, now we're told, Lee Ryan and Danny Dyer could very nearly have become enemies off-screen, too.

Lee has revealed that their first encounter ended with the Blue singer being punched by his co-star, after a pretend fight scene became all-too-real! 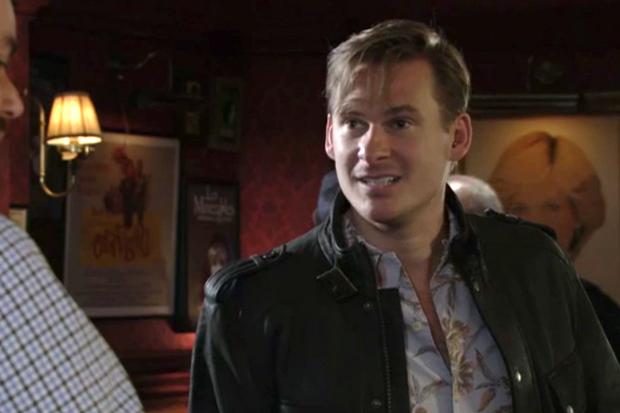 In fact, Lee has admitted that he was punched in the FACE by Danny during their first EastEnders scene together. Ouch!

Speaking to Now magazine, Lee relived the moment his soap character Woody Woodward had to square up to pub landlord Mick - aka Danny Dyer - when he first appeared in Walford in 2017.

Lee told the magazine: "I'd really rehearsed, and he walked in and said 'all right son, we're going to get rid of that' and he rewrote our script."

Turns out, it wasn't the last time Woody would get punched in Albert Square (Credit: BBC)

We did a fight scene and he accidentally clocked me in the jaw.

He continued: "We did a fight scene and he accidentally clocked me in the jaw.

"He said, 'I don't know if I'm sorry I hit you or for the fact that you jumped straight back up!"

Mick and Woody continued to have a tempestuous relationship during Woody's time in Walford, with Mick going on to hit him several more times after being wound up by his behaviour.

Viewers know that Lee left the soap last June after it was revealed that Woody had actually masterminded the E20 heist.

He left for Spain after being caught with the stolen money.

During his rollercoaster time on the soap, he became engaged to Whitney Carter - but broke her heart when he left for Spain without her.

Step away from the Lothario... (Credit: BBC)

TV fans will know that Lee swapped Walford for waltzing when he competed in last year's Strictly Come Dancing, but became the second celebrity to be voted off after Susannah Constantine.

Lee and his partner Nadiya Bychkova had to wave goodbye to the ballroom, after failing to impress the judges and the audiences during movie week.

The door has been left open for him to return to EastEnders... So maybe Mick Carter needs to start taking some boxing lessons in preparation.