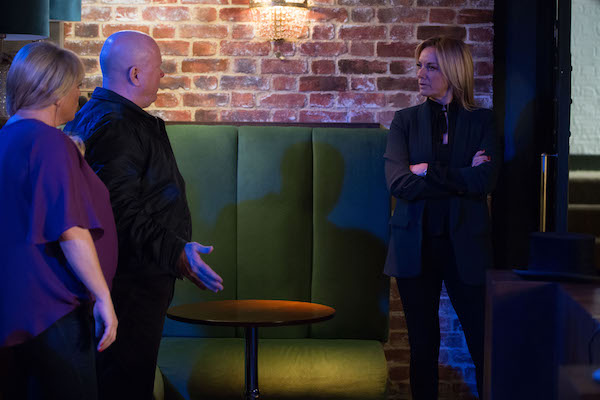 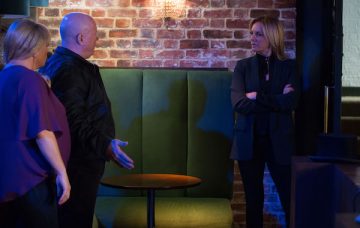 Who is the Walford tea leaf?

The mystery of the missing money stolen from the E20 safe continues next week as everyone tries to work out who took the cash.

As Sharon and Phil hold a staff meeting at the club, they point out it was Mel’s responsibility to make sure the venue was locked at the end of the night.

But while Mel is adamant that she isn’t the one responsible for the missing money, Phil gives her until the end of the week to start paying back the £15,000 that was stolen.

Deciding to rope an oblivious Ian into her plan, Mel pretends she’s looking for a new food supplier for the club and gets him to cook her a sample meal.

Convinced it is a date, Ian goes all out. But really it is just a ploy to get into the Beale house, and when Ian isn’t looking, Mel snoops around the house, looking for the expensive necklace Ben gave Kathy from the heist.

When Mel comes away empty handed, she turns to ex-copper Jack for help.

The plot thickens when Mel and Jack quiz Billy about the money, and when he claims it must have been an inside job, he inadvertently puts himself in the frame.

But when Woody reveals there is a half-drunk bottle of beer on the bar, Jack decides to get his old friends on the police force to test it for fingerprints.

Unfortunately for Keegan, the fingerprints are his. But does that mean he is the one guilty of stealing the cash?

But Keegan tells Jack that Mel needs to look a little closer to home for her culprit, pointing the finger at Hunter.

But when Jack confronts Hunter, the teenager does his best smooth-talking routine to get out of trouble.

Was it Hunter who stole the money? Or Keegan? Or someone else entirely?

Who do you think stole the cash? Leave us a comment on our Facebook page @EntertainmentDailyFix and let us know what you think!