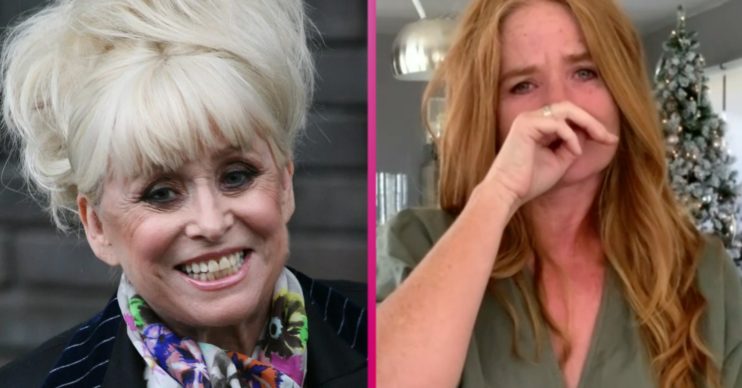 The BBC show paid tribute to the legendary Dame

Dame Barbara Windsor fans were in tears as they watched an emotive tribute to the late star on The One Show.

The BBC programme dedicated its Friday (December 11) night episode to the legend after her death at the age of 83.

Barbara passed away on Thursday following a long battle with Alzheimer’s.

Her former co-stars and friends Patsy Palmer and Shane Richie appeared on the show to celebrate her life.

Both became tearful as they watched a video montage of the legendary actress through the years.

Patsy began crying as Shane asked her if she was alright, before he teared up too.

But it was the musical tribute to the Carry On star from singer Celeste that broke fans.

Viewers were in tears watching her sing A Little Love for Dame Barbara.

One said: “This special song that Celeste is performing is so lovely and tear jerking. RIP #BarbaraWindsor #TheOneShow”

“What a beautiful tribute to Dame Barbara Windsor!” said a second, with a broken heart emoji.

A third said: “@celeste #TheOneShow I can’t think of anything more beautiful than the message embedded in your song this evening.”

Barbara Windsor has been remembered by EastEnders as the soap paid tribute to the actress following her death.

The actress became an iconic national treasure after her roles in the Carry On films throughout the 1950s and 60s.

She then went on to play Peggy Mitchell in EastEnders from 1994 until 2016.

Alongside a photo shared on Instagram, the show wrote: “We are all deeply saddened that we’ve lost our Dame.

“Barbara created an icon in Peggy Mitchell, our formidable landlady.

“To all of us at EastEnders, she was our dearest friend, truly loved and adored by everyone.

“Our thoughts go out to Scott and Barbara’s family.”