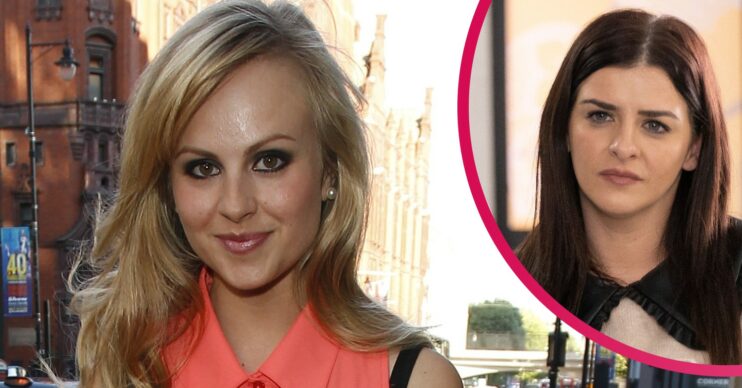 Adam will get some unexpected help in the fight against Lydia

Sarah Platt will get a shocking ally in Coronation Street when she uncovers Lydia Chambers’ lies.

The Underworld boss has believed Lydia’s claims about an affair with her husband Adam Barlow.

She has walked away from their marriage and refused to believe Adam when he denied everything.

Viewers have been horrified by what stalker Lydia has done to the couple.

But now actress Tina O’Brien has revealed that Sarah will get help in seeing Lydia’s lies from a shocking source.

It will come in the form of the woman Adam cheated on her with – Carla Connor.

Asked about Sarah having second thoughts, Tina told ED! and other media: “Yes, I think she will.

“She absolutely loves him. She wanted to believe that what he’s saying is the truth, but there’s so much evidence and she’s doubting herself.

“Sarah is in a really tough place as the evidence is there. She’s like: ‘Look at all this evidence! I don’t know anymore’.”

She added: “Interestingly Carla has her reservations about the whole situation and something doesn’t sit right with her.

“She tries to say to Sarah, ‘Look, I’m not sure you should believe her.’

“It makes Sarah question if she’s doing the right thing. She’s adamant that she doesn’t want Adam around her son Harry, but after that conversation with Carla, she realises that it’s not fair to take it out on her child.

“It’s not fair to take it out on Adam either and they need to have a relationship.

“She approaches Adam and things are starting to soften, but Adam takes it as everything is going to be alright and Sarah’s going to take him back.

“Sarah loves him very much, but she feels so badly betrayed that she doesn’t think she could come back from that kind of betrayal.”

Meanwhile Lydia’s behaviour will reach new levels as she tries to kill Adam next week.