The actor, who plays Ryan Connor, has sparked fears he's left the cobbles of Weatherfield for the sunshine of California. 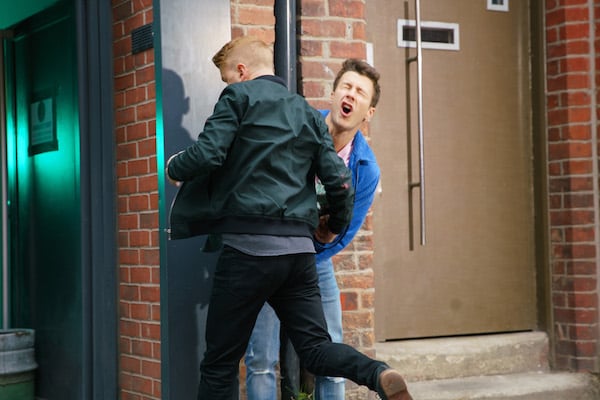 Ryan got a beating from Gary in violent scenes this week (Credit: ITV)

The 30-year-old actor teased his social media followers when he shared several images of what appeared to be a new movie he's filming in Big Bear Lake, California.

So if he's filming in the US... has he been written out of Coronation Street?

Sharing a photo in character with his 14,900 Instagram followers, Ryan wrote: "Ready for the hunt."

Alongside another picture, in which he is wearing blue and white face paint, Ryan said: "Big bear shoot with the boys... @hermangambhir @calebauston @directordlg."

The images show Ryan in warrior-style gear, surrounded by forest.

Ryan, you're not leaving Corrie are you?

Understandably, one worried supporter wrote: "Ryan. You're not leaving Corrie are you?"

Another asked: "Is that your new home?"

A third said: "Love you, can't wait for you to come back to filming Corrie."

While no details are known about the project, Ryan could be well equipped if he needs to do any stunts after previously performing one for a dramatic car chase scene on the soap. 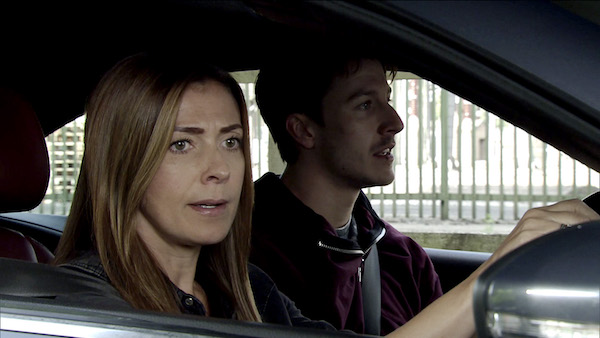 Ryan had his own stuntman, but still managed to get involved in some of the action himself.

He said afterwards: "I wish I could take full responsibility for the stunts, but I had a stunt double called Alan. He's a very talented man.

"I will take partial responsibility, though, as I was able to do one of the stunts myself. They built a wooden rig around Ronan's car, which started by the wing mirror and it curved around to the front.

"We padded that out and I was allowed to stand on the front. They got the car up to speed, I think it was between 12 and 14 miles an hour. It wasn't fast, but when you're on the front of a car, it's fast enough! [...] It was terrifying, actually."

Ryan's on-screen mum will be leaving the Street any day now, after Kym Marsh announced she had quit the soap.

Will Ryan be leaving with her?