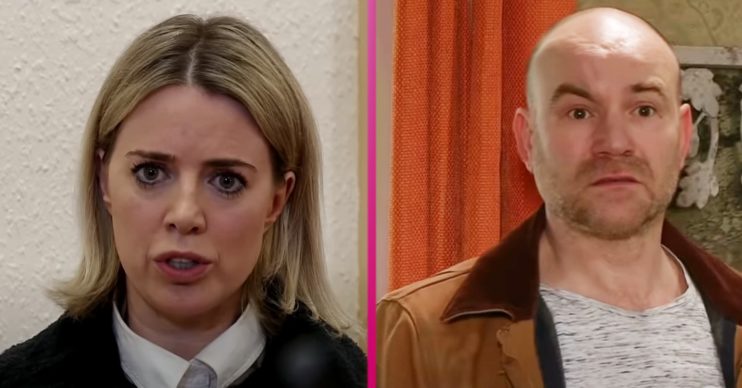 Coronation Street star Joe Duttine has said he wouldn’t want an on-screen romance with his real-life fiancée and co-star, Sally Carman as Tim and Abi.

Joe has occasionally worked alongside Sally. However his alter ego is in a relationship with Abi’s best friend Sally Metcalfe.

Meanwhile, Abi is in a relationship with Tim’s best friend Kevin.

But despite Joe and Sally being happily engaged in real life, Joe explained he wouldn’t want an on-screen romance for Tim and Abi.

He told Inside Soap: “That’s the last thing me and Sally want! It would be a disaster. We would make each other laugh all the time, we wouldn’t be able to concentrate – and it’d be a little too close to home wouldn’t it.

He added: “We don’t want that as it’s nice to have a life away from the street. We met at Corrie and that’s always going to be special for us, but we don’t want to act it out on screen!”

Sally and Joe met on the set of Coronation Street in 2017 and later started a relationship.

Last year the couple moved into a new home together.

Earlier this year, at the beginning of the coronavirus lockdown, Joe popped the question. The couple later announced the news of their engagement on Twitter.

While Joe and Sally are planning a wedding in real life, Joe’s character Tim has also been planning his own to Sally.

Last year, Tim discovered he had married a woman named Charlie in Vegas over a decade ago, This meant his 2015 wedding to Sally didn’t count and he was technically a bigamist.

With Sally and Tim planning wedding number two, Tim’s dad Geoff offered to pay for the wedding. However over the last few months wedding plans were put on hold when Geoff was stabbed by his wife Yasmeen.

It was revealed to Sally and Tim that Geoff had been abusing Yasmeen. But whilst Tim refuses to believe his dad would hurt anyone, Sally doesn’t think he’s as innocent as he seems.

Will this cause issues for Sally and Tim?