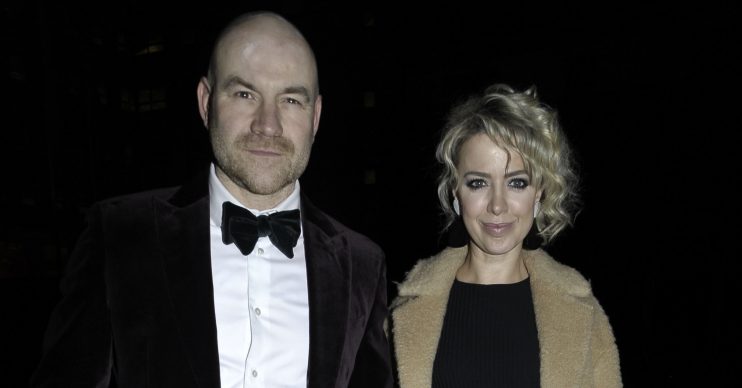 Joe popped the question during the COVID-19 lockdown, and later announced the news on Twitter on Friday, March 27.

She said yes everyone, convid 19 can fuck off… pic.twitter.com/FDNCk6xMuE

The Tim Metcalfe actor posted a picture showing them toasting the engagement, in which Sally’s sparkler is clearly visible, and wrote: “She said yes everyone, covid 19 can [bleep] off… “Convid, covid, whuteva.(sic)”

Joe, 49, and Sally, 38, who stars as Abi Franklin, were first spotted together in 2018 and moved in together last November.

Meanwhile, Sally recently explained she is glad her Corrie character doesn’t speak to Joe’s alter-ego much on the show because he “twinkles on set” and she isn’t sure she could get through the scenes.

But the star admitted it can get confusing on the set because Tim’s wife Sally Metcalfe is played by Sally Dynevor. And her real-life husband is also called Tim.

Sally recently revealed she had 10 screen tests and “about a million interviews” for Coronation Street over 14 years.

She said: “I acted with Julie Hesmondhalgh (Hayley Cropper) on a radio play a while back, and I didn’t know I’d be in Corrie years after that.

Leave us a comment on our Facebook page @EntertainmentDailyFix and let us know what you think of this news.