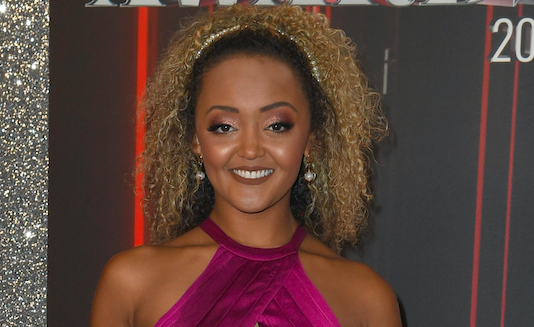 The actress, 25, glammed up in 20s flapper gear to celebrate the start of the new decade – and left her soap character Emma Brooker in the shadows with her super-glam outfit.

Like millions of others, Alexandra and her boyfriend Joe Parker joined friends to celebrate the start of the new year, and they choose to wear fancy dress.

Alexandra looked stunning in a black velvet all-in-one, which she accessorised with a pearl necklace, diamanté head dress, and black elbow-length gloves.

Happy New Year! Here’s to the next year of crazy!

Happy hangover, all my love.. Freddie.

Alongside a photo of herself, Alexandra wrote: “Happy New Year! Cheers to 2020! Wishing healthy and happiness to all!! Lots of love! Here’s to the next year of crazy!”

Fans were quick to respond, with one replying: “You look fabulous. Happy New Year.”

Others said she was “gorgeous”, “stunning” and that she “looked like a movie star”.

Alexandra later added that she’d “started 2020 off with the best bunch”.

The actress, who has a family connection to the famous Spice Girl Melanie Brown, joined the ITV soap in 2018.

She has since been revealed to be Steve McDonald’s secret daughter with Fiona Middleton.

Before appearing in Corrie, Emma starred in Vera.

Last year, she won Best Newcomer at the British Soap Awards and has since signed on to stay at the ITV soap for another year.