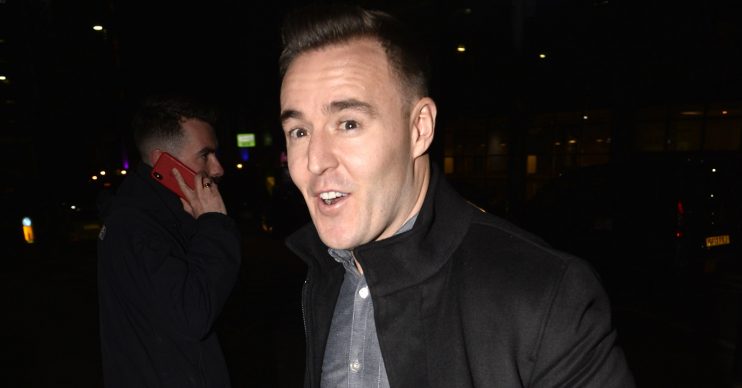 He's had quite a year

Alan Halsall, who plays Tyrone Dobbs in Coronation Street, has thanked the outgoing year for being “one of the happiest” of his life.

The actor shared his ‘top nine’ shots of the year to his Instagram page and admitted: “A year ago, I would never have pictured my life the way it is now.”

A year ago I would never have pictured my life the way it is now ….. . . Thank you to 2019 you’ve been one of the happiest years of my life… all because of my family, friends and of course my 2 girls xxxx Happy new year !! I hope 2020 is a great year for us all ♥️

He went on to thank 2019 saying: “You’ve been one of the happiest years of my life… all because of my family, friends and of course my two girls.

Alan was of course referring to his daughter, Sienna-Rae, and his girlfriend, Tisha Merry, with whom he went public earlier this year.

As fans wished him a happy new year, some expressed their delight that Alan is in such a good place.

“So happy for you, happy new year to you and your family,” wrote one.

Another added: “Made up for you mate, good things happen to good people.”

“You deserve all of the love and happiness that has come to you,” said a third.

Alan revealed his relationship with former co-star Tisha back in May at the wedding of fellow Corrie star Sam Aston (Chesney Brown).

Prior to that Alan had been married to another cobbles alumni, Lucy-Jo Hudson (Katy Harris), but the pair, who share Sienna together, announced they were splitting in May 2018.

Following their first Christmas together, Alan delighed fans by telling them he had had a “magical” Christmas with Tisha, Sienna, and his family and friends.

They even all matched in festive pyjamas!

He sweetly captioned the shots: “I think as you grow older your Christmas list gets shorter because the things you want cannot be bought…

“What a beautiful Christmas Day this year having my two gorgeous girls, my family and friends around me made it so magical!!!”

Fans were bowled over by his words, with thousands giving his post a ‘Like’ and dozens dropping heart emojis throughout the comments section.