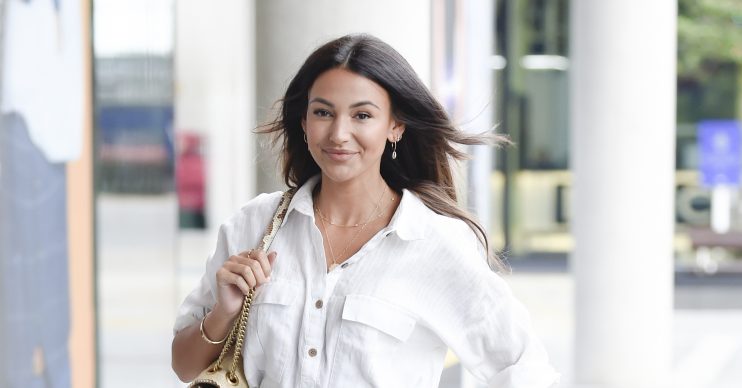 Former Coronation Street and Our Girl star Michelle Keegan, who played Tina McIntyre in the ITV soap, has shared a throwback picture to 10 years ago.

The first is from a photoshoot where Michelle is wearing Adidas in a new campaign for Very.co.uk, and the second photo is a picture from 10 years ago in which she’s also wearing the brand.

Michelle captioned the post: “You don’t realise how far you’ve come until you look back… 10 years apart. Been reppin since day one! @adidas.”

Charlie Condou, who played Marcus Dent on the cobbles, wrote: “You can take the girl out of Stockport…”

Michelle played Tina in Coronation Street from 2008 until 2014.

Her alter ego was having an affair with Peter Barlow towards the end of her time, but when she found out Peter’s girlfriend Carla was pregnant, she was heartbroken.

Carla’s brother Rob went to see her and she threatened to tell Carla about the affair and report Rob’s knock-off gear to the police.

Rob followed Tina to the builders’ yard where he pushed her off the balcony.

On the ground, she assured Rob she would have him sent down for his crimes, but he didn’t take kindly to that and beat her with a metal pole.

Since leaving the ITV soap she has gone onto star in Tina and Bobby, Brassic, and Our Girl, which will be returning for a fourth series this year.

Are you looking forward to seeing Michelle in the latest series of Our Girl?