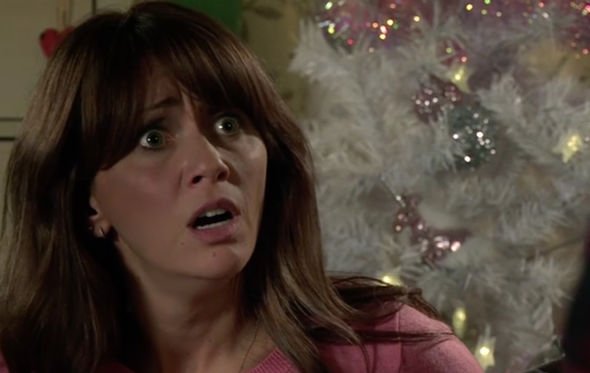 Fans have turned against the character

Appearing on Lorraine on Wednesday (January 8), the 37-year-old actress discussed her controversial on-screen relationship which has led many soap fans to turn against her character.

Viewers know that Maria and Gary got together a few months ago, and that Maria quickly fell pregnant with his child.

They planned to move in together and Gary bought her a 4×4, but she recently discovered the rumours about him being a loan shark were all true.

She’s naive and she just wants to be loved and wants the family she’s never had.

Although Maria was initially furious and upset, she later decided to forgive Gary – and fans slammed her for being “stupid”.

Samia continued: “She’s very trusting, which you think she should have learned by now. She’s naive and she just wants to be loved and wants the family she’s never had.

“When Gary confessed sort of everything, [it was] enough to make her question the relationship. Ordinarily, if she wasn’t pregnant with his baby, she would have [left].”

When Lorraine asked Samia if the situation was destined to “end well”, the actress replied: “No it’s not.”

Samia also opened up about her real life husband, Dancing on Ice star Sylvain Longchambon, and described him as an amazing dad to their son Yves, and her daughter Freya from a previous relationship.

Talking about how he juggles work and being a dad, she said: “It’s teamwork. He’s a fantastic dad. Luckily, I don’t have to leave them [the kids] overnight, with Corrie I get to go home at night. Sylvain’s brilliant, he’s my rock.”

She also revealed son Yves is “completely bilingual thanks to Sylvain”, and told how she practises yoga to help with her anxiety, saying: “I’ve talked about having anxiety in the past and I’ve found that yoga is the main thing that helps me with it.”

Lorraine is on weekdays on ITV from 9am.

Do you think Maria should stay with Gary for the sake of their unborn baby? Leave us a comment on our Facebook page @EntertainmentDailyFix and let us know what you think!