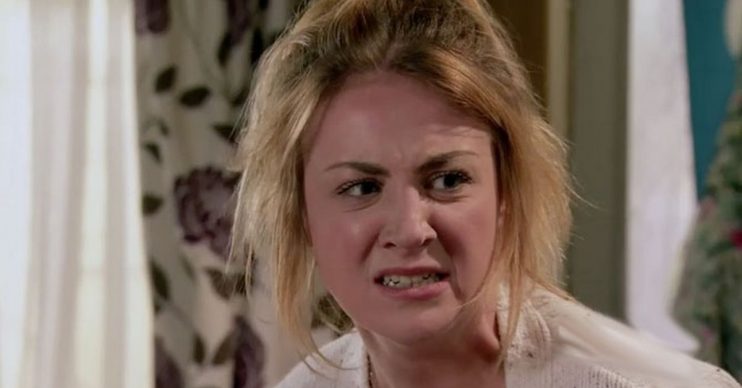 Jade is daughter of John Stape

Iain MacLeod, who is Coronation Street’s producer, has revealed an explosive ending for nanny Jade Rowan.

Jade – who is the daughter of John Stape –  has faked child abuse accusations to take Fiz’s daughter, Hope, away.

Fans are desperate for Jade to get caught out and the show boss has now teased that will happen before too long with a “high-octane ending”.

He told Metro.co.uk: “Soaps are all about balance of tone, so we’ve got a very serious David storyline coming up but playing against that we have a slightly more heightened, dare I say ‘campy story’ with the brilliant bonkers Jade and her secret assault on the Dobbs’ household.

“It’s just fabulous and exciting, a really high-octane ending and I think it will probably subvert people’s expectations about what they think about Jade, which is really exciting and interesting.”

Viewers were introduced to Jade a couple of months ago.

Fiz and Tyrone hired her to be a live-in tutor for their daughter Hope, however viewers soon learnt she has a connection to the family and that she is Hope’s half-sister.

The teacher has been out to get Fiz for months, who has no idea of Jade’s real identity.

Fiz and Tyrone were forced to ask Jade to leave their home before the holidays as Hope managed to get a place at a local primary school, but Jade wormed her way back into the family home just before Christmas.

Seeing Jade was living on the streets, the couple immediately took her back in, but Jade used this to her advantage and reported Fiz for abuse.

The tutor went to Dr Gaddas and showed her pictures of bruises on Hope’s arm, however, Jade had painted them on.

With social services now investigating Fiz, will she be able to prove she never hurt her daughter?