Lisa George has revealed that she was left "fuming" after her Coronation Street co-star Andy Whyment kept a huge secret from her.

The soaps stars, who play wife and husband Beth Tinker and Kirk Sutherland respectively, are great friends both on and off set.

But current Dancing On Ice star Lisa joked how she was left annoyed when Andy didn't tell her that he was going on I'm a Celebrity... Get Me Out of Here!.

Speaking to the Daily Mirror, she said: "He didn’t tell me he was going into the jungle! I was fuming with him." 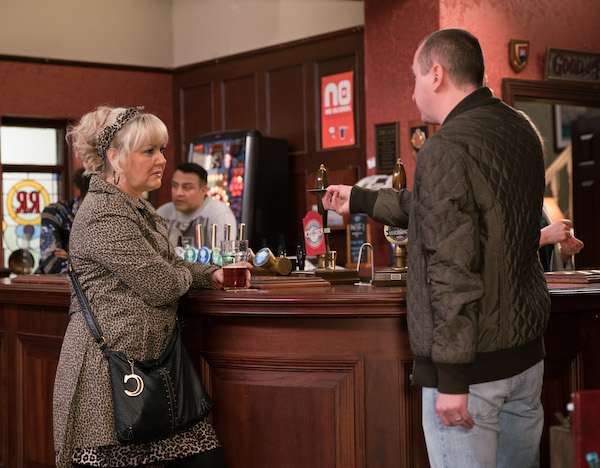 She added that she'd told him well in advance that she was going on DOI, but she still adores her costar:

"He knew at least two months before I’d discussed whether I should do Dancing On Ice with him. But I love Andy."

He didn’t tell me he was going into the jungle!

In the same interview she explained, that she agreed to sign up to the show because she hopes to reverse her type 2 diabetes.

She explained: "I agreed to do it because I am turning 50 in October this year, which is a huge deal, and I am determined to get fit. Instead of fat and diabetic, which I currently am. I have Type 2 diabetes which I want to get rid of."

Despite playing larger than life Beth on the ITV soap, she says she is actually a "quiet soul" and also struggles with anxiety.

In a separate interview with the Mirror, she said that she fears she could pull out of the show early due to her nerves.

Married for nearly 5 years and he didn’t even bother telling me he was going into @imacelebrity! Popping out to Roys Rolls for a couple of bacon sarnies he said... next news he’s wading through the Australian jungle with @caitlynjenner!!! She better keep her eyes off MY Kirky! 👀 @andywhy36 already looks like he’s having the time of his life! ❤️ #corrie #kirk #beth #imaceleb #teamandy #andywhyment #imwatchingyoucaitlyn

She said: "I’m just ploughing through because I suffer really badly from anxiety and nerves, so if I think about it I might walk out and not do it.

“I just have to not think about it. I love it, I love skating and it’s what I loved as a child."

As for Andy's stint on I'm a Celebrity, Lisa ended up a huge supporter and  she even issued a jokey warning to his fellow contestant Caitlyn Jenner.

Sharing a picture of her onscreen wedding to Kirk on Instagram to her some 41,600 followers, her caption included: "Married for nearly five years and he didn't even bother telling me he was going into @imacelebrity!

"Popping out to Roys Rolls for a couple of bacon sarnies he said... next news he's wading through the Australian jungle with @caitlynjenner!

"She better keep her eyes off MY Kirky!

Dancing on Ice continues Sundays at 6pm on ITV.

What do you think of Lisa George on DOI? Share your thoughts with us on our Facebook page @EntertainmentDailyFix.