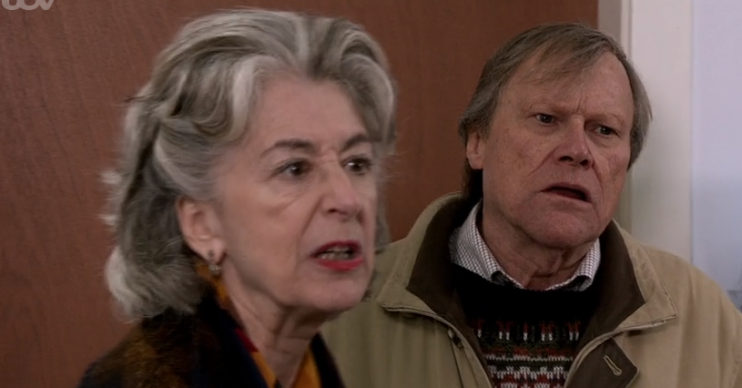 Viewers of Coronation Street have been left in stitches at Evelyn’s pronunciation of Dr Gaddas’s name.

In last night’s episode of the soap (January 7 2020) Fiz and Tyrone were mortified when social services came over and told them that doctors had raised concerns about Hope’s recent injuries including a fractured arm.

Little do they know their live-in tutor Jade had reported them to Dr Gaddas, claiming they had been abusing Hope.

However, they aren’t hurting Hope, and Jade manipulated the little girl into lying to the doctors and social services.

Hearing it was the doctors that reported Fiz and Tyrone to social services, Tyrone’s grandmother Evelyn stormed over to the medical centre.

OMG Evelyn has me in stitches.

When she realised it was Dr Gaddas who reported them, she began shouting for her outside of her office.

But she pronounced her name as Dr Gad with the second syllable rhyming with the word farce, much to viewers amusement.

Just catching up on Corrie, OMG Evelyn has me in stitches 😂😂 #Corrie

Evelyn was eventually calmed down by Roy and she told him that Ruby and Hope were going to be taken away.

With Hope and stepsister Ruby having to stay at Kevin Webster’s house during the investigation, will Fiz and Tyrone be able to prove they haven’t hurt their little girl?