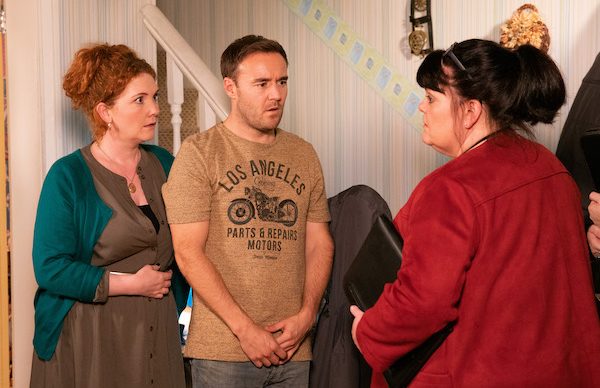 Jade lied to doctors that Hope is being abused by Fiz

Viewers of Coronation Street have been left divided over Jade Rowan’s revenge plot.

Fans know Jade has been out to get Fiz Stape for weeks and in last night’s episode (December 6 2019) she upped her game.

The teacher went to see Dr Gaddas and reported Fiz and Tyrone for abuse, showing her bruises that Fiz’s daughter Hope has on her arm.

However, Jade painted the bruises on Hope when they were ‘playing’ a game.

Later Fiz and Tyrone were visited by children’s services and Hope was interviewed about her injuries, including a recent arm fracture caused when Ruby pushed her off a bench.

Hope told the social worker the fracture was caused when her arm was slammed in a door because Jade told her to say that.

Social services then told Fiz and Tyrone that the girls would need to stay at a family member or friend’s house whilst the investigation happened.

Family friend Kevin Webster offered to have the girls but viewers were annoyed at how social workers have been portrayed.

Some pointed out that decisions wouldn’t be made in one day, nor would they allow the children to stay at someone’s home without that person being background checked.

They also suggested social workers would need court orders to remove children from their homes. 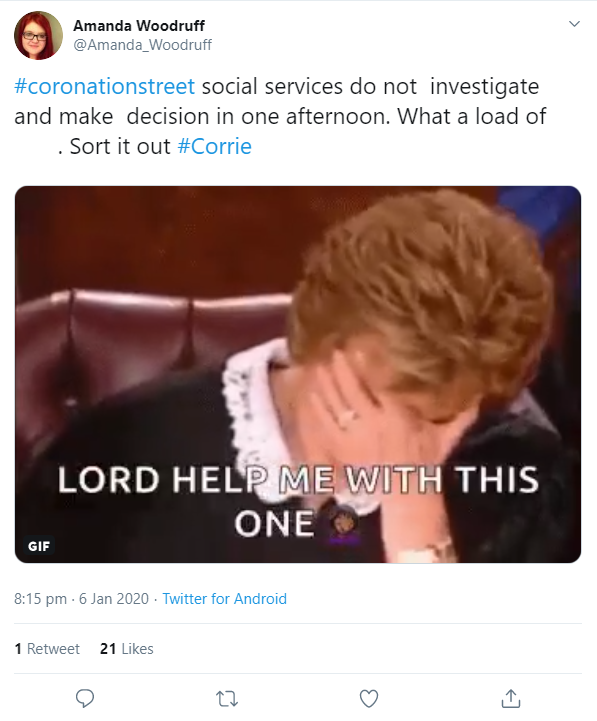 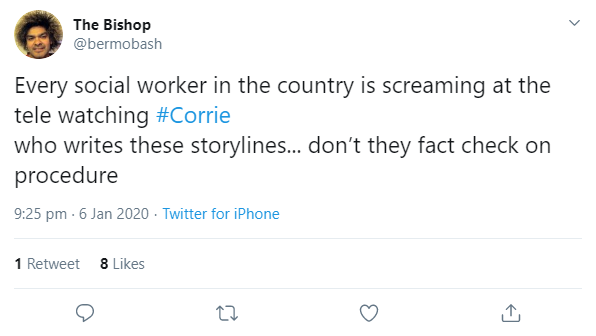 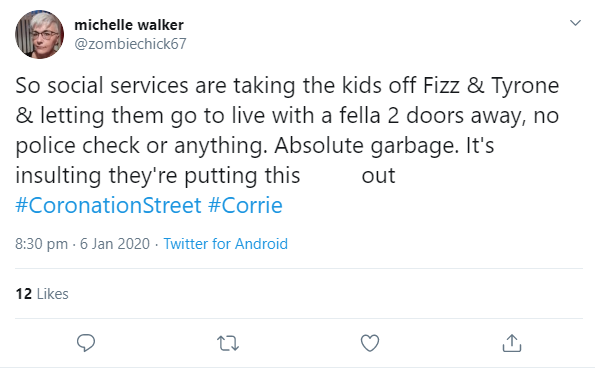 FYI #coronationstreet a social worker CANNOT just remove a child from a parent without an order from the courts or police powers of protection.
DO YOUR RESEARCH @ITV 🙄#corrie

The social worker on #corrie should be struck off!

The Hope story on #Corrie is a bit dodgy. On what authority is the social worker removing Hope from Fizz? No mention of section 20. She can’t just turn up and whip Hope away from Fizz and Tyrone. No mention of care proceedings etc or the forensic judicial process.

So not how social services work. Get a grip writers #Corrie

However, it is possible that social services did all of these proceedings off screen.

Viewers know Jade is out to get revenge on Fiz because she is the daughter of John Stape – Fiz’s late husband and Hope’s biological father.

So not how social services work.

Clearly believing her father was a good man, she has been determined to get Hope away from her mum.

Will Fiz and Tyrone be able to prove they haven’t been hurting Hope?