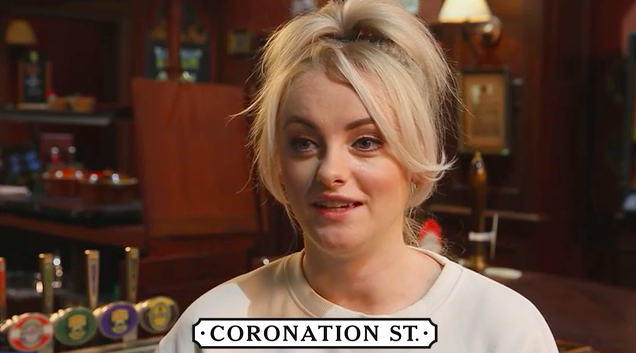 Get the tissues out again!

Sinead Osbourne is gone, but certainly not forgotten in Coronation Street – and the beloved character will be honoured in upcoming scenes.

After the explosive Christmas episodes which will see at least one character shot dead in an armed siege, the following weeks will be a time for reflection.

Viewers know that Sinead died earlier this year, when she tragically lost her battle with cervical cancer.

She left behind her baby son Bertie, and husband Daniel Osbourne, who has been struggling to cope ever since.

We have got the interesting next chapter of the Daniel and Bethany story, which is about Daniel’s grief.

The widowed new dad has been finding comfort in alcohol, and even got hit by a car in what could have been a nasty accident this week.

Viewers know that Daniel has been tormented by the fact he shared a kiss with Bethany Platt in the days before Sinead’s devastating death.

As Daniel faces his first Christmas as a dad, and his first without Sinead, he struggles to cope with his grief and the prospect of ‘celebrating’ without his wife.

Determined that he shouldn’t be on his own at New Year, Daniel’s family rally round him and Bertie as they prepare to see in 2020.

The Barlows call in at Daniel’s flat, insisting he can’t spend New Year’s Eve alone and come up with a moving way to honour Sinead’s memory.

Daniel is touched as the clan raise a toast to Sinead’s memory, but what does the future hold for the widow?

And Daniel’s character will have a big part in her exit.

Show boss Iain McLeod recently said: “We have got the interesting next chapter of the Daniel and Bethany story, which is about Daniel’s grief.

“One thing that soap typically struggles with is telling a realistic grief time-frame because we’re in that person’s house, head and mind every day, and it gets to the point where as a viewer you think, ‘This is really truthful, but it’s getting quite dark now’.

“But I think we’ve found a really clever way of realistically portraying the next chapter of Daniel’s grief.”

Do you think Daniel should move on with Bethany? Leave us a comment on our Facebook page @EntertainmentDailyFix and let us know what you think!