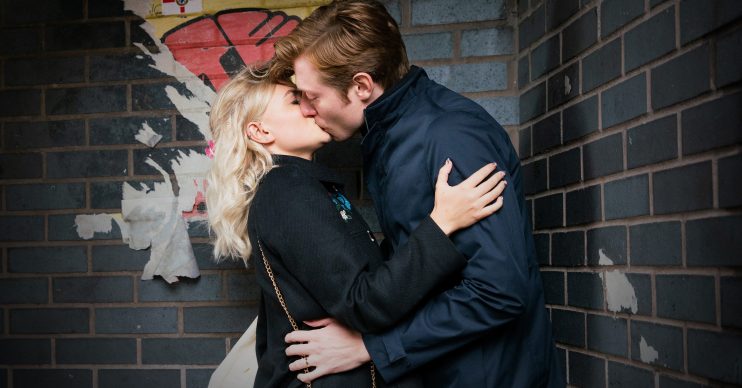 It's a devastating turn of events

The grieving husband, whose wife Sinead is a matter of days from death, will struggle to cope as Sinead reaches her final week on Monday October 21.

As Sinead faces losing her battle with cervical cancer, Daniel and her family are keep to create lasting memories for her son, Bertie.

This includes staging an early Christmas, but Sinead sees red when Daniel tells her she needs to go and rest and as a row breaks out, she tells him to get out.

Daniel does as she says and as he’s getting some air, he bumps into Bethany, who wants to comfort him.

But fans of the soap know Bethany’s been harbouring a secret crush on him for some time and as she embraces him, and he goes in for a kiss, Daniel responds passionately.

Forgetting Sinead completely in the moment, they are broken apart when they’re caught by Ken Barlow.

He rounds the corner and witnesses the kiss, angrily ordering his son home to his dying wife.

Will Daniel confess the truth to Sinead or will he keep quiet and let her go peacefully, but with a big secret between them?

Fans of the show know Sinead was diagnosed with cervical cancer last year.

She delayed treatment as she was pregnant with her young son Bertie and wanted to save his life.

In July she and Daniel received the news that her cancer showed no signs of spreading.

But on their wedding day last month, Sinead discovered a lump in her neck and was then told the cancer had spread to her liver and lymph nodes and she only had months left to live.

Last week that prognosis was reduced to weeks as she found out life-prolonging chemotherapy wasn’t working.