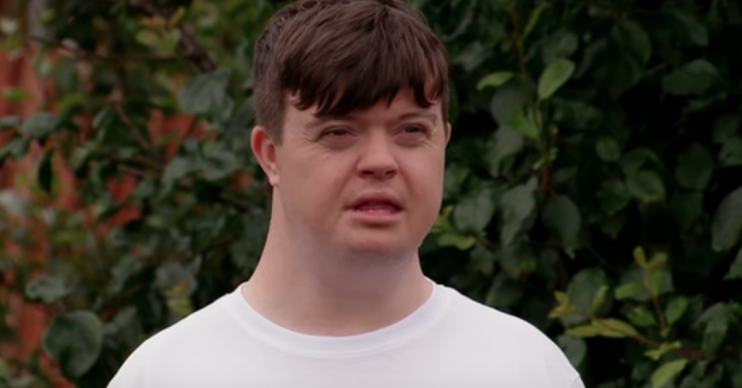 He sent a tweet suggesting he was finished on the soap

Coronation Street has reassured fans that actor Liam Bairstow is not leaving the ITV soap.

There was some confusion after Liam, who plays Alex Warner, told his 19,000 followers on Twitter he would be exiting Weatherfield to focus on theatre work.

Cafe worker Alex was introduced to the cobbles in 2015 as Cathy Matthews’ nephew.

Liam, 30, tweeted earlier today: “This is it for me now for TV time. I have done all of my episodes and I am now doing stage work.”

Promising to be back on the box “now and then” in the future, he continued: “I had the best time of my life with you and it’s time to think forward in life.”

He also noted he would “be there for everyone if you need me” and encouraged fans to call on him by tweeting.

Shocked fans wished Liam – who has Down’s Syndrome – all the best for the future.

“Gutted to see you go, Liam,” tweeted one.

“What an absolute star you are, extremely inspiring. I wish you all the best for your future plans, there’s no doubt you’re going to absolutely smash it 😘.”

Another added: “Good luck mate been a pleasure to watch you on our screens 👍.”

And a third remarked: “You have been great on @itvcorrie so hope we see you again. Enjoy your new ventures Liam.”

However, a spokesperson for Coronation Street told Entertainment Daily: “He has not left and is back filming with us at the end of May.”

It has recently been reported that Katie McGlynn (Sinead Tinker) and Faye Brooks (Kate Connor) are also set to join the number of Corrie stars believed to departing the show over the coming months.

Earlier this year, Kym Marsh, who plays Michelle Connor, announced she was leaving the soap after 13 years, and just last week Tristan Gemmill (Robert Preston) revealed he was heading off for pastures new.