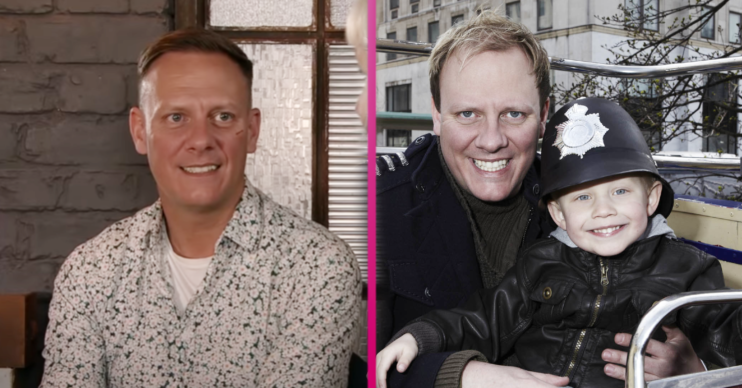 Coronation Street: When is Sean’s son Dylan returning? Who will play him?

Coronation Street character Dylan, who is Violet and Sean’s son, will be returning to the cobbles.

In tonight’s episode of Corrie (Wednesday, October 14) Sean told Eileen his son would be coming to stay over half term.

So when will he be back? And who will be playing Dylan?

Dylan will return to Weatherfield next week. Sean and Dylan come home amid the drama with Todd, Billy and Paul.

Sean is shocked to see his old friend Todd is back, as he hasn’t seen him in three years.

Later the factory worker is out with his son, but he returns in a tizz and tells his friends that he’s lost Dylan.

Todd sets out to help Sean find the young boy and it isn’t long before Todd finds him in the ginnel.

He assures Dylan that his dad loves him. When Sean sees his pal has found Dylan, he’s grateful.

Coronation Street: Who is playing Dylan?

Dylan, who is now 12, will be played by Liam McCheyne. However the role of Dylan has not been recast, as Liam played Dylan back in 2012 alongside his twin brother, Connor.

Back in 2011, Sean went to visit Violet and Dylan in London with his ex-boyfriend Marcus as part of an Easter special.

Dylan made several appearances on Coronation Street between 2011 and 2012 and was played by both Connor and Liam McCheyene.

As well as playing Dylan in the ITV soap, Liam played Harrison in series five of Last Tango in Halifax.

He has also appeared in TV series Moving On, ITV’s The Bay and Channel 5 drama All Creatures Great and Small.

In 2018, he also had a role in the TV film Mother’s Day. It is unknown if Liam’s brother Connor is still acting.

A short history of Dylan

Back in 2007, good friends Sean and Violet made a pact that if they were both childless by the age of 30 they would have a baby together.

However in their drunk states they agreed to try immediately and not long later, Violet found out she was pregnant.

She gave birth in February 2008, however she wanted to raise her son, who she named Dylan, with her then-boyfriend Jamie.

A few months after Dylan’s birth, Jamie and Violet moved to London. Although Sean rushed to stop them, they got away and Violet cut contact with the father of her child.

A couple of years later, Sean pretended to be Eileen online to talk to Violet. Eventually Violet found out she had been talking to Sean and she eventually agreed to let him see his son.

Although Dylan hasn’t been seen on-screen since 2012, Sean often mentions his son and has visited him over the years.