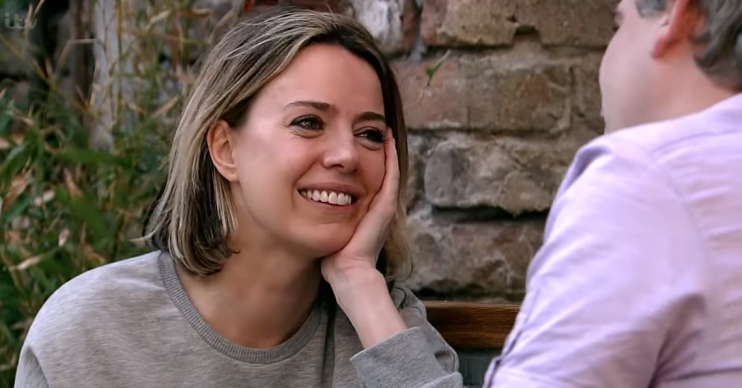 Viewers of Coronation Street want Abi Franklin and Steve McDonald to get together.

In a Digital Spy forum, viewers gathered to share their thoughts on the idea of the two characters uniting after Abi actress Sally Carman admitted to Inside Soap if her alter ego could hook up with anyone, she’d want it to be Steve McDonald.

One Corrie viewer wrote: “There’s an interview with Sally Carman in one of the soap magazines and she was asked the question ‘If Abi could hook up with anyone on the Street, who would it be?’

“Sally said: ‘Steve McDonald – absolutely all day long. She has the hots for him and he is a match for her. That’d be brilliant. Tracy wouldn’t be at all happy about it though…’

“I have to say, I think Steve and Abi would’ve made a brilliant pairing. I really liked their friendship, which seems to have been forgotten about since they shared a kiss. Such a shame because they have chemistry in my opinion.”

A second agreed saying: “Would be 10 times better than Kevin and Abi. It’s not believable that Abi suddenly has romantic feelings for him now all of a sudden. It was made clear for months she only saw him as a mate.”

Another added: “I wish they would put Steve and Abi together. Tracy seems to be getting everything she wants lately and the murdering cow does not deserve happiness.”

Abi and Steve have shared a kiss once before back in 2018 when she was drunk.

Before his wedding to Tracy, Steve ended up sleeping with Leanne Battersby.

However Tracy thought he had slept with Abi and damaged Michelle Connor’s car in the garage in order to get Abi fired from her job.

I wish they would put Steve and Abi together.

The damage resulted in Michelle having a car crash and after learning that Steve had actually slept with Leanne, Tracy was left feeling guilty.

At the moment she could be facing prison time once again after torching Ray Crosby’s car.

Although her current boyfriend Kevin has acted as her alibi, Ray has footage of Abi stealing the car.

Will he show the police?

Do you think Abi and Steve would make a good couple? Leave us a comment on our Facebook page @EntertainmentDailyFix and let us know what you think!