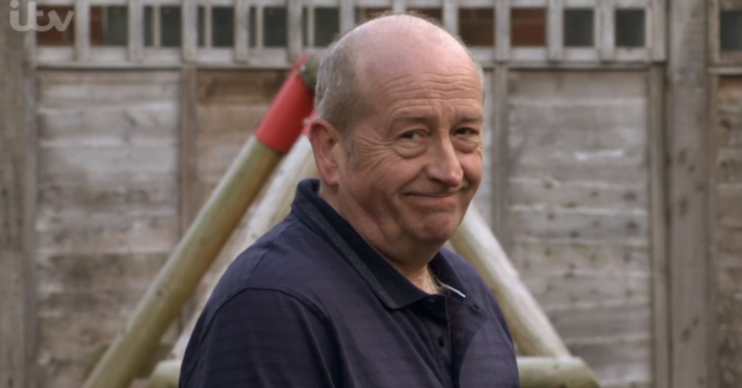 For months, Geoff has been abusing his wife Yasmeen and in last night’s episodes he continued his cruel campaign.

Recently, Yasmeen discovered she had caught chlamydia. Knowing full well she hasn’t slept with anyone else, it must mean that Geoff gave it to her.

However Geoff denied it and accused Yasmeen of cheating, despite the fact he’s been sleeping with escorts.

In last night’s episode of Corrie, he ‘forgave’ Yasmeen and offered to get them some nice food for dinner. But he soon turned nasty once again when he caught Yasmeen hiding clothes away in a cupboard through his secret camera.

When he got home, he pretended to need a marinating bowl from the cupboard. But in a panic, Yasmeen said she couldn’t remember where the key was.

Geoff referring to himself as daddy made my stomach churn #Corrie

Eventually Geoff grew tired of Yasmeen looking for the ‘missing’ key and grabbed it out of her pocket.

When he opened the cupboard, he found Yasmeen’s hidden stash of clothes.

Yasmeen desperately tried to explain she packed the suitcase for Zeedan’s wedding and never got to unpack, but Geoff was having none of it.

Geoff calling Yasmeen baby and himself daddy is actually enough to make me feel sick.

He punished his wife by emptying the suitcase into a bin and setting her clothes on fire.

However, Sally witnessed an upset Yasmeen standing by her destroyed clothes. Does she suspect something’s wrong?

At the end of this week, Sally invites Geoff and Yasmeen to the Bistro reopening.

When they go to leave, Geoff forces Yasmeen to wear a dress she’s clearly uncomfortable in. Geoff steers her towards the Rovers for a drink and Yasmeen is shocked to learn Geoff is paying for Sally and Tim’s wedding.

When they get home, he cruelly states that the dress he gave her was meant for one of his escorts. Soon things get worse when Yasmeen grabs a bottle of wine off the table.

As Geoff tries to get it back, a struggle ensues. Yasmeen is forced to defend herself and Geoff ends up slumped on the floor.