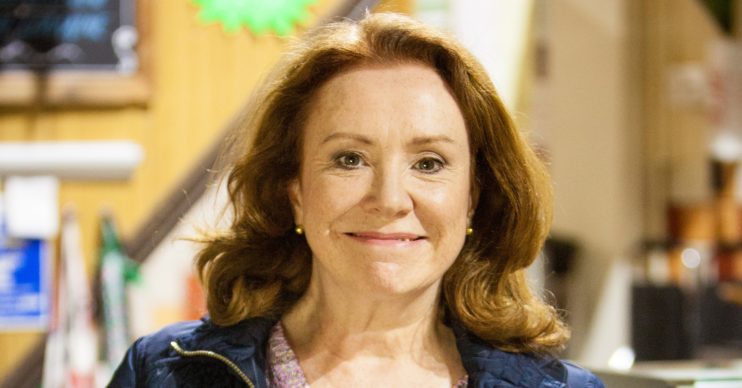 Melanie Hill has seemingly taken a swipe at her Coronation Street storylines.

The 58-year-old actress, who stars as Cathy Matthews in the ITV soap, liked and replied to a tweet from a Corrie fan who called for the actress’ character to be given more juicy plotlines.

The fan’s post read: “Wish #Corrie Cathy had a storyline… She’s a brilliant actress and so underused @melaniejhil give them a kick up the backside @itvcorrie.”

Melanie liked the tweet and thanked the fan for the show of support.

The actress, who joined the show in 2015, replied saying: “Haha thanks Kelly.”

The TV star also posted an emoji version of herself crossing her fingers.

But currently the soap is unable to film anything due to the coronavirus pandemic.

It has not been confirmed when soaps will return to filming, as the UK is still in lockdown.

But an ITV chief recently claimed that the UK government is keen for Coronation Street and Emmerdale to resume filming as soon as possible.

Carolyn McCall, the broadcaster’s chief executive, said they want to get filming back underway immediately it is safe to do so.

She explained: “ITV’s role is to inform people but also entertain and engage them – and that is vital at the moment.

Potential measures to ensure a safe return to set may include one-way only staircases. Or even installing Perspex screens around editing stations.

Corrie star Andy Whyment, who plays Kirk Sutherland, warned filming would need to resume by mid-June, to ensure it doesn’t go off air.

However Corrie legend Bill Roache insisted the show won’t go off air during the pandemic.

Would you like to see Cathy get better storylines in Corrie? Leave us a comment on our Facebook page @EntertainmentDailyFix and let us know what you think of this story.