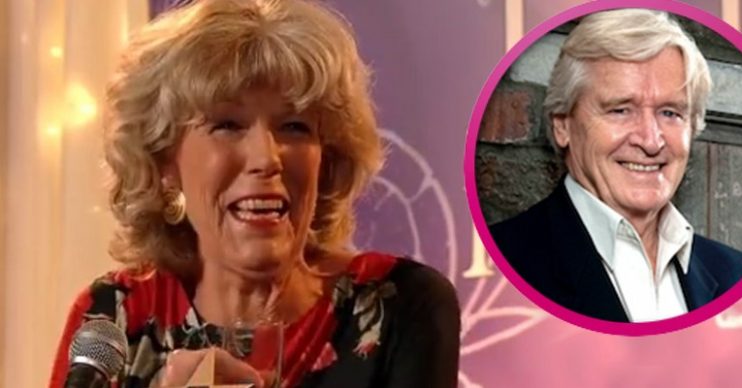 The two soap stalwarts could get together

Sue Nicholls has teased her Coronation Street character Audrey Roberts could end up with Ken Barlow after all.

Speaking on Lorraine about Friday night’s 10,000th episode (February 7) she also said she had no idea the special occasion was coming up until she read the script.

The 76-year-old soap stalwart – who has played Audrey Roberts on the ITV show since 1979 – was surprised to read all about a nostalgic hour-long special, and had to ask producers what it was all about.

She said: “I hadn’t realised until we all got the scripts and said, ‘What’s this about?’ I had to be told and said, ‘Oh my God, how do you know exactly?’

“It’s nice, it’s just a little view into the world that was, that still is, and that is to come. And drama.

“There’s nobody shot, nobody is pushed out of the bus.”

Audrey has been in plenty of romances in Weatherfield over the years, most notably her marriage to Alf Roberts (Bryan Mosley), and Sue admits it felt “strange” when the characters were initially put together.

How lucky would I be?

She said: “Initially, to get them together seemed a strange thing to do, but I thank God and everybody else, because it was the most wonderful partnership.

“Thanks to him. Great fun, another giggler, who you wouldn’t have thought. A wonderful giggler, terrible.

“I loved those days.”

And she won’t rule out a romance with another Corrie legend.

Asked by Lorraine Kelly if Audrey could ever hook up with Ken, Sue said: “He’s [Ken’s] quite a goer underneath that charm. How lucky would I be? I don’t know what’s being written as we speak.

“I’ll pass it on upstairs.

“Audrey has been very lucky, as the years have gone by.”

Sue joked that Lorraine should feel “safe” because she had locked up Audrey’s daughter Gail Rodwell (Helen Worth) after the character shot Lorraine with a bow and arrow when the TV presenter made a Corrie cameo last year.

She said: “I want you to feel safe, because I know you recently appeared in the show and Gail was a bit harsh.”

Lorraine joked: “It was quite traumatic coming back here quite frankly.”

Sue added: “You’re OK, because I’ve locked her in her dressing room and I’ve taken away all the spears.”